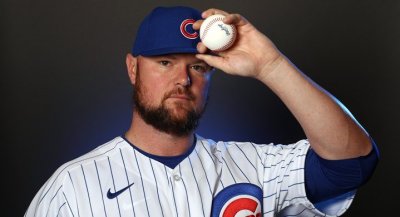 Jon Lester buying the Chicagoans one beer each was a perfect tip of the cap to his adopted hometown.

Cubs pitcher Jon Lester made a lot of news this past weekend by picking up the tab for the first Miller Lite ordered by fans at a variety of Division Street bars.  It was a nice gesture to thank  fans of the team that employed him for the past six seasons.

Now, I love Lester.  He was a key piece of the puzzle to get the Cubs over the hump to win their first world championship since 1908.  He was worth every penny of Ricketts Family wealth he could extract, but the $47K he dropped on beers works out to $282 for a person earning $60,000.

While the proportionality reduces the gesture to a less than beneficent tip of the cap to fans for making Lester and his family feel at home in the Windy City, there weren’t a lot of options to up the ante.

Here are some terrible ideas that Lester was right to reject:

In the end, Lester did exactly the right thing, and by the way, $282 is a nothing to sneeze at for normal folks.  When was the last time any of us bought a round for the house in a lightly traveled bar?  Maybe I should drop $282 before whining about Lester spending $47K!