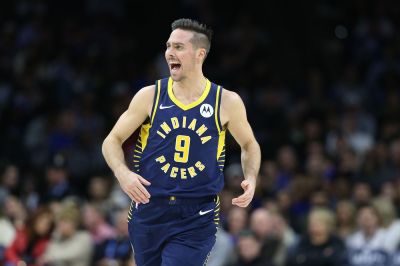 T.J. McConnell is a force for good in Indiana, so why pay him to play somewhere else?

Here is the question the Indiana Pacers need to answer as they weigh whether to keep back-up point guard T.J. McConnell or push him out the door – would you rather pay him $3.5 million to help you win, or pay him $1 million to help another team win?

It’s just that simple, and it makes keeping McConnell the easiest decision facing the Pacers front office during what will likely be a manic offseason, once the agreement to start the season on December 22 is finalized.

McConnell’s contract calls for him to earn the $3.5M for the 2020-2021 season unless the Pacers waive him, which would come with a $1M price tag.  There are a variety of pieces that the Pacers could shift via trade, and a tough decision to re-sign or part ways with free agent Justin Holiday needs to be made.  But McConnell’s productivity, popularity, and cost makes keeping a no-brainer.

There are a litany of reasons to keep McConnell.  Here are six:

So, again, the question is – should the Simons write McConnell a check for $3.5M to bring all that to the team, or a check for 1M to take it somewhere else?

Keeping McConnell is a no-brainer.