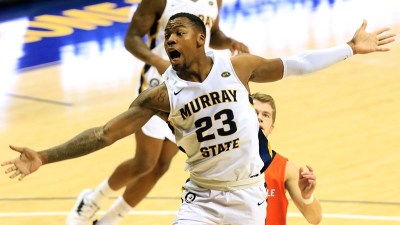 Murray State beat Greenville 173-95.  That score was so grotesque, I thought it was an error by ESPNs graphics people.  Nope, it really happened, and the score wasn’t the weirdest thing about the game.

Here are statistical anomalies that could only exist in a game with such extreme scoring:

These are weird times, and wacky looking box scores will be everywhere throughout this season as rosters are impacted by COVID, but this one will certainly stand up as the most bizarre.