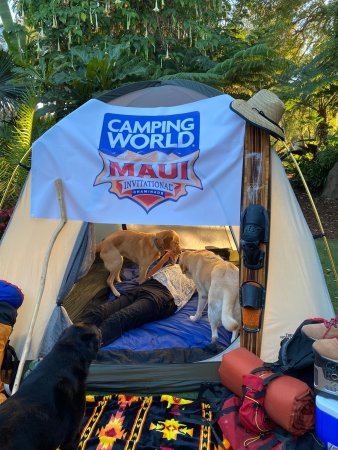 Nobody shills as effectively – or relentlessly – for clients than Bill Walton during the Maui Invitational.

ESPN college basketball analyst Bill Walton is wildly polarizing.  When he and play-by-play voice Jason Benetti called the Maui Invitational’s first round game between Texas and Davidson, many Indiana fans were less than thrilled because IU played Providence in the second with that same team.

Instead of talking about the game, Walton stumps for those who send him swag, reminisces about Grateful Dead and Phish shows, and shares endless John Wooden-isms like “Failing to prepare is preparing to fail.”  The game is less interesting to Walton than whatever pops into his head in the moment, and that either entertains or infuriates fans.

So I asked for feedback in a Twitter survey:

What's your opinion on Bill Walton as an. analyst? #iubb

The comments were more revealing than the raw results, which were more positive about Walton than I anticipated.  “Hate his blathering” is a narrow leader at the moment with 39%.  “Love his insight” is second with 33.4%.  “Mute” is last with 27.6%.  Many commenters asked for a fourth entry – “Love his blather,” which perfectly conveys what draws some to Walton’s whimsy.

The issue I have with Walton is his relentless pandering to those who buy Walton’s favor and ESPN airtime with a box of swag.  A company called Waxon sent Walton some tie-dye stuff, Camping World sent tents, Maui Jim shipped sunglasses, and Tommy Bahama delivered shirts.  Walton’s shilling was exceptionally successful as I can recall the sponsors without a reminder.  That’s Walton’s value to ESPN – not his ability to communicate basketball-related wisdom, but to validate client investment.

I would prefer to hear fellow ESPN analyst Dan Dakich break down a game and tell me why Indiana is either succeeding or failing, but Walton’s devotion to sharing silly thoughts or purchased endorsements rings the bell for the network as well as those who prefer to be distracted from the event they are watching.

Different strokes for different folks explains the co-existence of Walton and Dakich under the ESPN umbrella, and there is nothing wrong with that.  “Peculiar” works for weekday afternoon college basketball, and Walton brings peculiar in the same bulk as Dead fans pack hallucinogens to a show.

Part of the fun of Walton’s participation is the exasperation his broadcast partner feels and occasionally voices.  Benetti was fabulous yesterday – as always – in trying to be respectful and responsive to Walton while also describing the action.  His admonishments of Walton made the show go.  Dave Pasch is another great broadcaster best branded as the Walton wrangler during their broadcasts of Pac-12 games.  Like Bud Abbott and Oliver Hardy with partners Lou Costello and Stan Laurel, they would be unremarkable without Walton as an irritant.

Walton is one of those broadcasters who you can either choose to be annoyed or entertained by, and regardless of which side of that bed you sleep on he is impossible not to pay attention to.  That lack of indifference is the key to Walton’s success.

Despite my disdain for his pandering, I’m going to choose to enjoy him this afternoon as Indiana takes on Texas because if it’s my choice to be angry or happy (and it always is), I’ll pick happy.