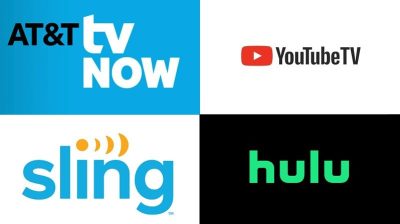 Pacers fans (and Cubs fans) have only one choice!

The Indiana Pacers preseason starts in tomorrow night, and games will be carried on Fox Sports Indiana.  If your content provider does not carry FS Indiana, you will not see Pacers games.

That caused me a problem that I corrected Wednesday.  I was a subscriber to Disney-owned Hulu Live TV, but the agreement they had with Fox Sports lapsed, which means no FS Indiana.  So I switched to AT&T TV – a similar non-cable option.

Last summer I flipped from YouTube TV to Hulu because Hulu carried Cubs baseball on the Marquee Network.  My decision to punt Hulu was also helped along by their decision to jack their price to $64.95 per month.  Getting less programming for more cash is a curious business model to which I will not be a party.

So, over this period, I have become a bit of an expert on TV programming services – especially those delivered via wireless internet.  If you are trying to decide whether to pull the plug or not,  I’ll compare and contrast the three primary wireless services below.

Before we get their though, I’ll answer why you should go from traditional cable to app delivered TV.

The nice thing about wireless services is that you don’t need a bunch of cables strung all over your house, and installation is as easy as buying an app.  The downside?  There really isn’t one as long as your modem or wireless connection doesn’t get funky.  You will also need download speeds of 200 mbps of faster for a seamless experience.  Don’t skimp to save a few bucks.  The result will be buffering – an unpleasant freezing of the video while the TV struggles to download the next images.  It can be quite frustrating.  The cost is between $50 – $80 per month, but if you need high speed anyway, it’s not really part of the price of TV.

If you have a smart TV, accessibility is very simple and requires no external box or gadget hooked to your TV – like an Apple TV unit, a Firestick, or Roku dongle.  I have Apple TV boxes because a couple of years ago, smart TVs weren’t as smart as they are now.  The programming is received through an app, just as it is with a smart phone.

The clarity of the picture is impossible for me to distinguish from cable to wireless.  One of the best aspects of the wireless option is the lack of installation by a cable guy.  Download the app, subscribe to the service, watch TV.  It’s that simple, and if you are going to get Fox Sports Indiana by tomorrow, you need simple!

The comparison between the leading wireless providers is a little more complicated.  I have never subscribed to Sling or Fubo, so you will have to seek guidance elsewhere for those.  I can tell you that Fubo is sports-centric and Sling is a budget version for those who don’t watch a lot of TV.

Here they are in alphabetical order – and coincidentally in the order of highest quality to lowest in my opinion:

There you have it.  Easy beezy!  Just as when we eliminated our landline phone, the concept of watching TV without a cable seemed odd.  We have since had cable pulled from our house and the drywall repaired.

2 thoughts on “Comparing TV apps AT&T TV, Hulu Live, & YouTube TV – want to watch Pacers game without cable? Here is what you need to do!”