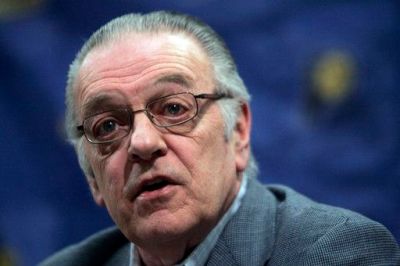 [I apologize in advance for referring to Donnie Walsh in this post as “Donnie” and not Mr. Walsh or Walsh.  I have never heard anyone refer to Donnie as anything but Donnie, and it seems somehow rude to use his last name.  I do not mean for you to infer he and I are friends.  We spent an hour together a couple of years ago, as you will read, but we are not friends.]

There are benefits to hosting a radio show.  Chief among them is the opportunity to speak at length to brilliant people as they discuss their philosophies, accomplishments, challenges, and failures.

Donnie Walsh was the architect of the Indiana Pacers as the franchise went from small-market bottom-feeder to historically successful franchise.  Today, his departure from the team in his role as advisor was announced, and an era ended – unless he returns, again.

Beginning in 1984 as an assistant coach, Walsh crafted a legacy of caring and empathetic excellence.  He became general manager in 1986, and was then named CEO and team president.  During those years, the Pacers went on a seven-year run where they played in the conference finals five times and reached the NBA Finals once.  Then, Donnie rebuilt on the fly without missing the playoffs until the post-brawl fallout decimated his roster.

Just as interesting to me was the demeanor of his staff that operated behind the scenes.  They worked hard, smiled a lot, enjoyed each other’s company and virtually never quit.  It seemed like the perfect place to work.  On several occasions, I sat in seminars at which Donnie was a panelist because I wanted to learn as much about his management theories as I could.  If I ever got the chance to lead a company or department within one, I wanted to build a staff as competent and happy as he did.

A couple of years ago, I requested an interview with Donnie.  I thought I might get 15 minutes to quiz him about basketball and leadership.  When I walked into his office, I asked how much time was blocked out so I could be respectful of his time.  I tend to take interviews long, especially with someone I admire at the level I admire Donnie Walsh.

“I blocked out an hour.  Will that be enough time?” Donnie offered.

The truth was that I could have talked to Donnie about leadership for days and basketball for weeks.  My only concern is that he would grow tired of my insatiable curiosity about his motivation, tactics, style, and ability to appraise fit for those on his staff.

I trusted that my questions would elicit the level of deep wisdom I knew Donnie possessed because a guy that smart didn’t require genius level interrogation.  All I had to do was listen and  ask questions that moved the ball up the court at the tempo at which Donnie wanted to play.

What followed was an hour that flew past.  I learned a lot about Donnie’s life and the respectful modesty that makes him effective as a leader.  His humble sagacity was remarkable, as was his ability to listen and respond cogently.

That I got an hour to pick the brain of someone who is among the most capable leaders of a sports franchise in American history will always be a gift I will treasure.  Pacers owner Herb Simon said in a statement that he is “excited for him as he transitions to his next chapter.”

I’m excited that Donnie is looking ahead to his next chapter, whatever it is as he prepares to turn 80.  I’m also excited for anyone who gets to spend time learning from him as I did.

If you never find yourself in that position – here is the link to the podcast of our interview: