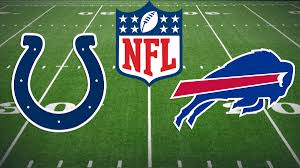 The Bills opened as a 6 1/2-point favorite over the visiting Colts, which seems just about right.

10 – Strength of the Bills is in their skill positions.  Josh Allen is an elite level quarterback by all statistical measures – from Pro Football Focus (#5) to QBR (#3) to Passer rating (#4).  Philip Rivers is middle of the pack among NFL starters – from PFF (#17) to QBR (#19) to Passer rating (#13).  Bills also sport the NFL’s #4 and #13 ranked wide receivers, according to PFF, in Stefon Diggs and Cole Beasley.  The Colts top-ranked WR is T.Y. Hilton at #27.  From there, the drop is precipitous – Zach Pascal is #91.  The Colts advantage is at running back with both Jonathan Taylor and Nyheim Hines in PFF’s top 10, and Taylor third in rushing yards.

9 – Kicking game is close to even.  In the playoffs, winning and losing can come down to a field goal made or missed.  The Bills and Colts have rookie kickers who have both been quite good.  The Bills Tyler Bass was a sixth round pick of the 2020 draft, and he’s converted 28-34 field goals with a long of 58 yards.  He’s also made 57 of 59 extra points.  Rodrigo Blankenship has made 32-37 field goals with a long of 53 yards, and has been true on all but two extra points.  Bass is 4-6 from 50+, but both misses came at home in his only two attempts.  Blankenship is 1-3 from 50 or more – all at home, including a 56-yard miss yesterday.

8 – Colts dominated Bills 37-5 last meeting.  This was in 2018 when Andrew Luck was the Colts QB, so it’s irrelevant to what will happen Saturday.  And the game was played in Indy, so that is a significant difference too.

7 – Colts and Bills put equal pressure on quarterbacks.  The Bills have amassed 38 sacks, but they have been spread throughout the roster with no one totaling more than five.  The Colts 40 sacks have come primarily from DeForest Buckner (9.5), Justin Houston (8), and Denico Autry (7.5).

6 – Left tackle Anthony Castonzo‘s loss wasn’t a problem yesterday.  Granted, it was against the Jaguars, but Jared Veldheer‘s first action for the Colts (or anyone in 2020) at left tackle was an upgrade over all other previous options.  Veldheer is a bit like the ringer semi-pro baseball pitcher teams used to bus in for a big money game.  Last year, Veldheer’s lone action was for the Packers in the regular season finale and their playoff opening win against the Seahawks.  He was legit yesterday in run blocking and pass protection, although – again – this was against a 1-15 team.

5 – Weather looks good for Sunday.  While no one is going to pack shorts for a trip to Buffalo in early January, the forecast for a city that averages 93.4 inches of snow each winter could be much worse.  As of this moment, the forecast calls for partly sunny skies and a high of 28.  No snow in the forecast all week.

4 – Colts enjoy a turnover edge.  For the season, the Colts have a +10 turnover differential and the Bills are +4.  What does that mean for Saturday’s game?  It means that based upon that small slice of broad analytics, the Colts have a 38% likelihood of a one turnover advantage in this game.

3 – Colts defense should be healthy.  Let’s face it, the Steelers exploited the absence of starting safety Khari Willis when he suffered a concussion on punt coverage, and the Jaguars had a relatively nice day throwing the football against the Colts secondary that was without both Willis and starting corner Rock Ya-Sin, who also suffered a concussion in that game.  If both are back for the Colts – and they should be – they will be a tougher opponent, especially over the middle where the Jags had success yesterday.

2 – Josh Allen is Philip Rivers with wheels.  Rivers and Allen are similar statistically throwing the football, but Allen brings a dimension you might expect from a player more than 14 years younger – an ability to scramble.  This season, Allen ran 102 times for 421 yards and eight TDs (half the Bills total rushing TDs), while Rivers ran 18 times for -8 yards.  To be generous, let’s add Colts back-up QB Jacoby Brissett‘s rushing numbers – 17 carries for 19 yards and three TDs.  Seems it really wasn’t that generous.

1 – If the Bills score 20+, they win.  In games the Bills scored less than 20, they were 1-2.  They scored more than 20 and lost just once – on the “Hail Murray!” play at the end of what should have been a win over the Cardinals.  The game they won while scoring less than 20 came against the pitiful New York Jets.  The Colts do not want to get in a shootout with the Bills.  Once they get to 20, wins are very tough to come by.

3 thoughts on “Colts vs. Bills – 10 fascinating facts you MUST know about Saturday’s wild card matchup”