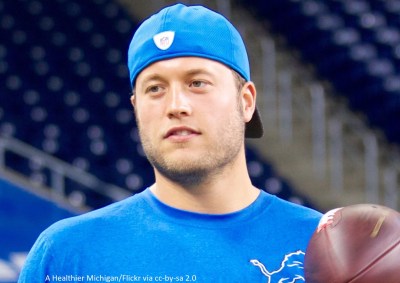 With Matthew Stafford gone to the Rams, it’s up to Chris Ballard to find the right guy for the right price.

This morning, we moved closer to knowing who the starting quarterback of the Indianapolis Colts will be because we found out who it won’t be.

Matthew Stafford will be dealt by the Lions to the Rams for the putrid contract of Jared Goff, first round picks in 2022 and 2023, and a third rounder this year.  Oddly, it seems neither the Lions nor the Rams got the better of the deal.  The Rams overpaid with draft equity and the Lions won’t reap any benefit for a year or more.

This leaves the Colts without their best option as starting quarterback.  Stafford always seemed to be the guy who would be an upgrade, but not elite enough to cause Ballard to strip mine future draft capital to bring him to Indy.  One thing we know about Ballard is that he is a smart shopper.

Ballard is the equivalent of the guy who invests weeks scouring online car dealers across the country for the best price on the specific vehicle he covets.  Others trust the local salesperson they met at the clubhouse after a round of golf and pick a pretty color.

It’s not that Ballard won’t pay retail for the right player.  We saw that he will do exactly that for DeForest Buckner.  The Colts needed a three-technique defensive tackle, and Buckner is the NFL’s best not named Aaron Donald.  Ballard didn’t hesitate to ship the #13 pick in last year’s draft to the 49ers for Buckner.

Without Stafford as a target, Ballard has a myriad of less attractive options and is competing with a wide berth of buyers looking for exactly the same thing.  You don’t need to be Milton Friedman to understand  how the laws of supply and demand will work against the Colts as they try to either move up in the draft to get a young guy they can build around, or find a stop-gap veteran like Matt Ryan.

During his four years with the Colts, Ballard has shown himself to be a coy operator among NFL GMs, but this will be his biggest test.  At some point, playing it safe is not going to work.  Trading down to acquire more picks, a hallmark of Ballard’s early strategy, is a great tactic to build the bottom and middle of the roster.  Getting the right leader to steer the offense without a season of cratering is very expensive.

Make the wrong move (like Washington’s trade with the Rams to move up four spots for the opportunity to draft Robert Griffin III at #2) – you’re fired.  Make no move – you’re fired.  Re-sign Jacoby Brissett as the starter, and fans will roll their eyes like movie buffs did when a sequel to Weekend at Bernie’s was announced.  Anoint Jacob Eason as your starter, owner Jim Irsay will have Ballard committed.

The path was clear for Ballard last year.  Kick the can down the road for a year or two with Philip Rivers and hope the path forward shows itself.  Rivers was expensive in terms of cash, but required no return for the Chargers.  Rivers retirement accelerates the need for a longterm solution, or requires another delay tactic.  Which path Ballard chooses will determine his legacy with the Colts.

Will he be the next Bill Polian or the next Ryan Grigson?  All we know for sure is that Ballard and his staff will game play a variety of options and will try to maximize their chance to land the right quarterback.  Do the right thing, and the Colts might contend for a Super Bowl.  Make the wrong play, the penance for Andrew Luck’s retirement and the trust the Colts placed in him while last will run at least one more year.

One thought on “With Matthew Stafford dealt to Rams, what can Colts fans expect in QB search from Chris Ballard?”