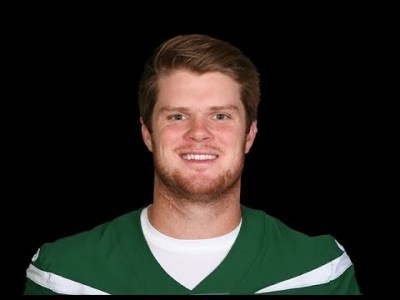 New York Jets quarterback Sam Darnold is a name that is consistently advanced by Colts fans as a potential target for general manager Chris Ballard as he searches for a fourth different starter in as many years.

It’s good that Ballard is running the franchise and not fans!

The #3 overall selection out of USC in the 2018 NFL Draft, Darnold has struggled during his first three seasons as a starter.  Statistically, there is no justification in believing that Darnold would be an upgrade over recently retired temporary solution Philip Rivers.

Advocates point to Darnold’s age (23) and the team for whom he toils as reasons to anticipate  a turnaround in his performance if the Colts acquired him.  They say the quality of the Colts offensive line and weapons at his disposal would allow Darnold to achieve results more in line with the position at which he was drafted.

Here are some hard truths about Darnold:

Maybe Darnold explodes into a historic turnaround – an era of incredible productivity and winning with a change of scenery, but there is no reason to foresee it.  His statistics and tape show a level of quarterback play that would motivate a team like the Jets to deal Darnold for what they can get rather than invest his his future by exercising their fifth year option.

Darnold is an excellent athlete with good feet and a strong arm, but there is more to winning at quarterback than athleticism.  For a team whose stated goal is to win multiple Super Bowls there is no justification for acquiring Darnold instead of someone with a higher ceiling in his past, present, and future like Carson Wentz.

Fans have tended to favor Darnold over Wentz, thinking that Wentz’s 2020 performance was so off the rails hideous that he cannot be trusted by the Colts or anyone else.  The truth is that by every legitimate measure, Wentz enjoyed a better year than Darnold despite leading the NFL in both interceptions and sacks.

While Darnold has languished over three years with the Jets, Wentz showed stretches of good to excellent play from 2017-2019 with the Eagles.  Wentz was ranked 6th, 14th, and 14th by PFF during those seasons while Darnold has never been ranked higher than 26th.

This is not to scream that Wentz should be the choice for the Colts, just a better option than Darnold.  It’s true that Wentz’s injury history makes him a risk – especially given the expensive contract extension commencing during the upcoming league year.  Darnold is healthy, and headed into the final year of his rookie contract, making him a substandard but low risk single year option.

Ballard has many decisions to make about his Colts over the next 11 weeks.  The most important will be who his quarterback will be.  It would be shocking if the Colts landed upon Darnold.

It may not be Wentz, but it sure as hell won’t be Darnold.