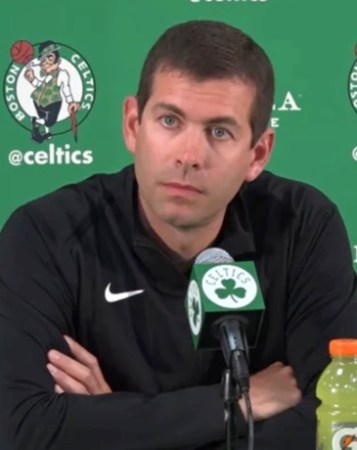 If not Brad Stevens – then who?

Brad Stevens said no to Indiana several times.  The first rebuff was ignored.  We listened to the second.  At least most of us did.

Some are still holding out hope that some miracle occurs, and the rejections are revealed to be an effort by Stevens to disguise his rabid interest in returning home until the end of the season.  Even for crazed IU fans who live in a perpetual state of mediocrity induced hallucination, that’s a stretch.

They don’t call it Hoosier Hysteria for nothing.

Assuming crazy fans aren’t somehow correct in thinking that Indiana and Stevens will wait out the end of this NBA season to finally reach an accord, there are three options for athletic director Scott Dolson.

Now, here we are again.  Given the dearth of success of hiring via the thrice failed second option, I hope Dolson doesn’t venture down that road for a fourth time.

As for option one, choosing between a 68-year-old who decided two years ago to abandon his successful program at Michigan and a guy whose health deteriorated at Ohio State to the point he was forced to walk away, I’m not sure either make a lot of long term sense.

That leaves us with hiring from within the program’s historical greatness to revive it.  It might not make a lot of sense to embrace the Indiana legacy plan, but it has to work better than a methodology proven ineffective in three straight searches or plucking proven winners out of retirement.  Michigan State assistant Dane Fife and former Atlanta Hawks and New York Knicks coach Mike Woodson are among alums who appear most qualified.

Whichever Dolson chooses, he will do it without a search committee or a search firm, which gives me hope he will get it right.  The IU job is about fit, and the bigger the pool of those consulted, the more likely an attractive resume’ will be hired instead of the right coach.

With Stevens out of the mix, Dolson has no perfect options.  Whether he tabs Beilein, Matta, Beard, Moser, Fife, Woodson, or someone else, there will be cheers and boos.  The hire will represent a reason for hope or doom depending upon the fan’s belief in how Dolson has gone about the business of making the most important hire of his era.

I have my personal preference, but I will embrace anyone who Dolson anoints as long as the hire comes without the input of nattering boosters who demand that millions of dollars in donations buys them a seat at a table for one.

3 thoughts on “Indiana can’t get Brad Stevens, so Dolson is left with three paths for his coach”