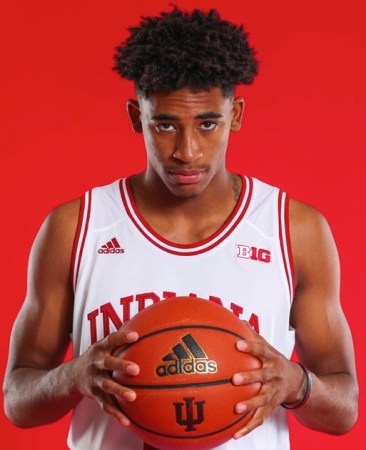 Armaan Franklin’s name is being entered in the NCAA’s Transfer Portal, but that doesn’t mean he’s leaving Bloomington.

Indiana’s Armaan Franklin entering the NCAA’s Transfer Portal is not good news, but it isn’t necessarily bad news either.

Franklin’s name in the portal allows schools to contact him – or Franklin to contact schools he may be interested in transferring to.  The player can also choose to have his name removed from the portal and Indiana can then choose to continue to honor his scholarship.

Call this a trial separation – the kind that either solidifies or ends a marriage.  By being listed, Franklin is telling potential hookups he is ready to listen to their best pitch.  If none measure up to Indiana, he can re-pledge his love and loyalty to good ol’ IU.

Depending upon who’s hired as Miller’s replacement, job one for the new guy will be to recruit current players to remain with the team.  Franklin is just keeping his options open if that pitch goes south.

Franklin hit 42.4% of his three-point attempts and defended with energy throughout the just ended difficult season.  The new coach will likely want to talk to Franklin as soon as the ink is dry on his contract.  If Franklin wants to return, he will certainly be welcome.

That’s the way college basketball works these days – especially after an athlete’s sophomore season.  Like the spouse discussed above, they begin to ask, “Is that all there is?”  A new coach, who might want to begin a re-build is a scary prospect for Franklin, who has two seasons left to show the type of game that might earn him millions in the NBA.

Real life looms for the Cathedral graduate, and he’s keeping his options open.  Nothing wrong with that at all.