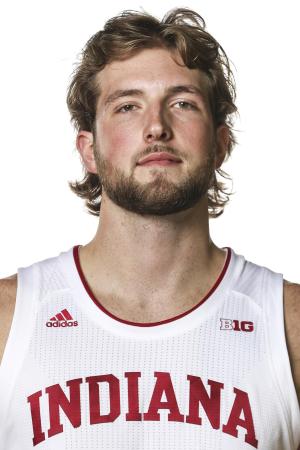 Brunk has had a strange college basketball career, not at all what was projected as he graduated from Southport High School, south of Indianapolis.  It began at Butler where he played and studied for his first three seasons and continued at IU for the last two after he transferred.

The beginning at Butler was marred by his father’s death, and the final year at IU was over before it began because of a back injury.  The bonus year of eligibility as a response to COVID allows Brunk a sixth year, which he will use elsewhere, can be a valedictory lap that hopefully wraps his career with a joyous bow.

Fans prone to anger over players leaving a program should press pause on their discontent in Brunk’s case.  He’s dealt with tremendous adversity throughout what he expected to be a happy period of his life.  It didn’t work out that way, so let’s allow him to leave IU for another opportunity without the usual rancorous protests.

This leaves Indiana with a roster of 11 scholarship players.  Because Brunk’s scholarship was extended due to a COVID exemption, Indiana’s limit is reduced from 14 to 13, and the number of scholarships available remains at two.

He tweeted the following message of thanks:

I’m incredibly grateful for Indiana University. I have been able to get my Master’s Degree and am thankful to have been able to continue my education. I’ve decided to pursue my final year elsewhere. Thank you Indiana.