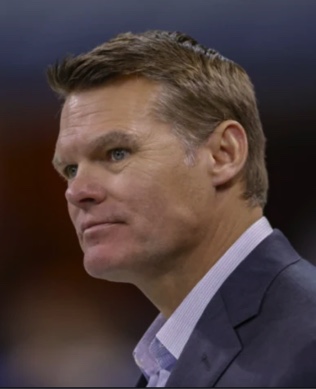 Does Chris Ballard covet pressuring opposing quarterbacks to the point he would jeopardize his own? I don’t believe so.

After watching the Colts draft edge rushers Kwity Paye and Dayo Odeyingbo with their first and second round picks in the NFL Draft, it is easy to look at the roster and wonder just what the hell the Colts are going to do for a starting left tackle.

Colts general manager Chris Ballard is a very smart guy, certainly bright enough to understand that left tackle is important enough to have a starter playing there.  That means that Ballard may have been playing possum through this entire process.  While we were watching film of Stanford’s Walker Little at Stanford in 2018, Ballard had other plans for left tackle.

One of two things must be true – the Colts already have their starter or they plan on signing Eric Fisher, formerly of the Kansas City Chiefs and one of the best LTs in football before he tore his Achilles.

There has been speculation that the Colts are very interested in the possibility of sliding Quenton Nelson three feet from the guard spot he has dominated for three years to left tackle. it is also possible that Braden Smith might flip from right tackle to left tackle.

Either would be a suitable explanation for why the Colts ignored their glaring need in favor of bulking up at a position already stocked with second round talent like Kemoko Turay, Ben Banogu, and Tyquan Lewis.  Granted , those three haven’t contributed as the Colts hoped, but they are still here.

The only problem is that owner Jim Irsay and Ballard are rarely if ever dishonest with the media and fans.  Any time either has been asked about Nelson or Smith, they have explained the potential downfall of such a move – damaging the quality of play at two positions.  And as far as signing a free agent left tackle, Irsay said it’s his preference to draft one as the Colts did with Tarik Glenn and Anthony Castonzo.

Is it possible Irsay and Ballard have been playing it cute and planned all along to fill the void with an internal candidate or Fisher?  I suppose it is, and I’m going to choose to believe that is exactly what happened because the alternative is too gruesome for me to bear – that Ballard’s draft calculus was flawed, and now he is in scramble mode to avoid trusting Sam Tevi to protect Carson Wentz‘s blindside.

It is also possible that Ballard had every intention of taking a left tackle tonight, but was unable or unwilling to pay the price to trade up.  Or maybe he felt the remaining left tackles were not worthy of being selected with any pick.  Maybe Ballard feels that forcing a bad solution today would only create more problems down the road.

As logical and productive as last year’s draft was with defensive tackle DeForest Buckner being acquired for the 13th overall pick, and Michael Pittman and Jonathan Taylor being grabbed early in the second, this one is the opposite.  Paye filled a need and was widely seen as the best edge in the draft.  Taking him a 21 was a fine idea.  But doubling down at edge with Odeyingbo, who is not quite four months removed from tearing his Achilles seems bizarre given the roster hole we have already discussed.

Maybe the offensive line comes together with Nelson, Smith, or Fisher anchoring the left side, and Paye and Odeyingbo combine for 15 sacks in 2021 as the Colts defense puts opponents on blast.  That would validate the work of Ballard as a mastermind.

If not for my belief in Ballard as a manager, I would think that was a substantially nutty supposition.  For the time being, I’m willing to listen to the advice I gave others earlier this offseason when they raised concerns about Ballard’s lack of activity in the free agent market, “Wait until the offseason is over to evaluate it.”

Okay, I’ll wait.  But the hole at left tackle needs to be plugged before Labor Day, or like Vito Corleone says in the meeting of the heads of the five families during The Godfather, “I’m going to blame some of the people in this (draft) room; and then I do not forgive!”

Chris Ballard is on the clock, but I trust he will get this right before it runs out.