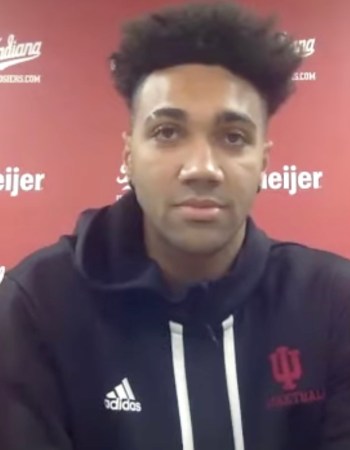 There is a lot Trayce Jackson-Davis needs to do to make Mike Woodson’s first season at IU an improvement over the last five.

The most meaningful basketball game Indiana has ever played against a MAC opponent will come tonight at 6p.

Brand new coach Mike Woodson, 42 years from his last season affiliated with Indiana University, has enjoyed a wonderful six-month honeymoon period.  He is the coach every IU fan has pined for since Bob Knight was defrocked over 21 years ago, or at least a coach that has the heritage they demanded.  The IU program is back in the family, and expectations are likely too high to meet.

Rather than get greedy in advance of whatever accomplishments Woodson and his team might earn in his first season, I prefer to embrace short-term steps that might serve as a predictor toward success.

All IU fans pine for Big 10 championships and Final Fours, but would settle for the program’s first invitation to the NCAA Tournament since 2016.  While we dream of March, let’s look at the 10 questions we need answers to or boxes we need to see checked throughout the season at Simon Skjodt Assembly Hall:

10 – How fluid will the lineup be?  Woodson’s first roster has 11 veterans who played a lot of college basketball.  That will elevate the quality and effort of the work during practice and allow players to earn minutes.  Will Woodson go with an eight, nine or ten man rotation.  Will the three, four, or five get any run?

9 – Trayce Jackson-Davis needs to make free throws.  Finishing last season in the top 10 in fouls drawn meant Jackson-Davis went to the line a lot.  Missing 35% of his foul shots converted into three misses per game last season.  IU played five overtime games and lost three.  How different might last season have been if Jackson-Davis could make 80% from the line?  Let’s hope we find out this season.

8 – Will IU make threes?  The Hoosiers made 32.4% from beyond the arc last year, which ranked 236th in Division One.  Indiana kids are supposed to be able to shoot but that crew went snow-blind as they launched.  Iowa led the Big 10 in 2021 as the Hawkeyes hit at a robust 40.5%.  The points difference represented by the 8.1% that separated IU and Iowa was roughly 1 1/2 made threes per game, which robbed IU of 4.5 points.   When you add up all the points IU forfeited in 2021 through erratic shooting, you get a loud reminder of how important it is.

7 – Will IU shoot enough threes?  Not to beat a dead horse, but Indiana not only didn’t make enough threes, they didn’t take enough.  Indiana took only 32.3% of its shots from deep.  The sweet spot among championship level teams appears to be 40%.  Granted, Indiana’s inability to make threes might have discouraged them from taking threes, but you have to take them to make them.

One of the things I like about Woodson so far is he seems to be encouraging shooting open shots regardless being critical of a negative result.  Good shots missed are a fact of basketball.  Good shots untaken are opportunities lost.

6 – Consistency from possession to possession (and game to game).  The Hoosiers ability to grind has been lacking for years.  To paraphrase short-time Hickory High assistant coach George in Hoosiers, Indiana seemed to go 20 on 20 off and 20 on again.  Woodson mentioned two months ago the need for this group to figure out what real hard work is.

5 – 80% or better from the foul line.  The high water mark for foul shooting during the grim four-year Archie Miller regime came in the 2019-2020 season when the Hoosiers ranked 271st with a gaudy 67.9% make rate.  They averaged 22.4 FTs per game, so almost three points were lost to misses each game compared to what they would have scored if they made 80%.

4 – Woodson’s sideline demeanor.  After 13 years, I am sick and tired of watching coaches pace, preen, and clap.  NO ONE plays hard because a coach claps at or for them.  I like coaches who sit, watch, and adjust.  The practices belong to the coach – the game is for players. Coaches need to stop brand building, and start leading by example.

2 – Shot selection.  If a player is open, he should shoot.  If he isn’t open, pass.  Choosing not to shoot when open requires another open shot be found.  If a player can’t shoot well, he should work harder at it.

1 – Defensive intensity.  Indiana’s defense, once defined by great movement and communication, evolved over the last 25 years into something Hoosiers tolerated between opportunities to score.  That has to change.  Defense travels, especially in the Big 10.

If given an 11th hope, I would like to see Indiana welcome a player onto the roster who would rather win than be appreciated and liked by peers.  I’m tired of Indiana players smiling at each other.

Miller left a mess.  It’s up to Woodson to sanitize it, repurpose it, and win with it.