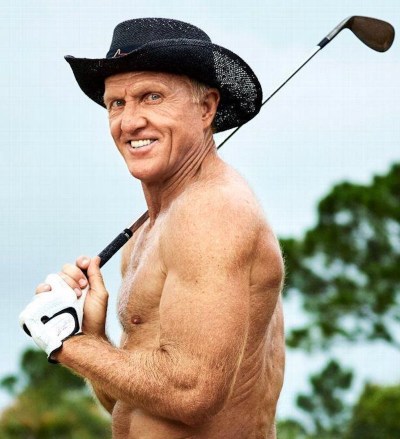 Greg Norman has laid bare his greed as LIV Golf’s leader. His penalty is currency he values far less than cash – respect.

Greg Norman never made golf more fun, and he continues to extract joy from the game through his association and leadership with the LIV Tour.

So I am very pleased he has been disinvited to The Open Championship’s Celebration of Champions that commemorates the 150th edition at the Old Course at St. Andrew’s.

The LIV Tour has attracted greedy whiners from the PGA Tour whose only desire in teeing it up as a professional is cash.  Last place finishers in the nine 54-hole events are awarded checks for $540,000, so competitors who play all events are guaranteed $4,860,000.  That’s $10K per hole for those of you who need a quick math refresher.

Some LIV golfers have the temerity to insist they jumped tours for the benefit of PGA competitors.  It’s for the greater good, they insist.  Richer purses, more liberal cuts, and better overall conditions are the goal.  “It’s not about cash, it’s about the good of the game,” they say without a hint of a smirk.  Shameless.

The top 150 money winners on the PGA Tour in 2021 were each paid more than a half-million bucks.  While expenses chew up a significant portion of what seems a generous wage, it beats working for a living, as they say.

So for accepting an estimated $100-million to serve as a figurehead for this upstart league funded by Saudi oil cash, Norman has cemented his reputation as a self-immersed pariah whose only goal is the accrual of money.  The price for Norman’s greed is the thing he cares least about anyway – respect.

And he’s found likeminded money-grubbers to feather their nests similarly.  History will deal with them similarly as golf moves on minus the me-first mopes for whom this great game means nothing more than third homes, privates jets, and smiling wives.

Golf doesn’t need them, and so Norman is persona non grata at the birthplace of the game he shames.

2 thoughts on “Shameless, greedy, and self-immersed – Greg Norman has no place at St. Andrew’s for the 150th Open!”