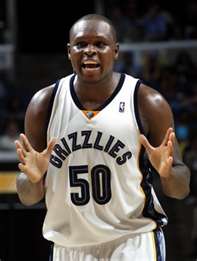 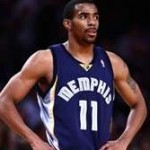 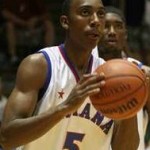 It’s really quite simple.  Competition drives success.  Crean has come up empty on some top recruits (Selby, Irving, and most recently Abraham, to name a few), but there is no reason to fret.  If Crean wants to establish a solid foundation, he must produce and excel with the core players we currently have.  Would landing a top 10 recruit be nice?  Of course.  In time I believe Crean will land his fair share of those players, but not this year.

Players spend a ridiculous amount of time throughout their playing career in practice and working out.  Practice and off-season workouts are where the majority of players improve and sharpen their skills.  Crean commented late in the season about how players seem to compete in practice but lack that same type of aggression and drive in games.  This statement did not come as a surprise to me for one simple reason:  IU lacks competition in practice whether it is five-on-five or one-on-one due to the lack of depth at all positions.

In order to mimic the intensity of games, practice must match that sort of intensity.  Imagine a one-on-one dribble drive drill between Verdell Jones III, arguably IU’s most explosive offensive player, and Kory Barnett.  How does Jones’ game benefit?  It doesn’t.  In certain practices and drills, I’m sure Jones is matched up against the likes of a Maurice Creek, but not on a day-to-day basis.  Skills are perfected through repetition, so when Oladipo (number 23 in white in video below) and Sheehey become official Hoosiers this summer, Verdell will face stronger competition.  This is apparent at each of the five positions for the Hoosiers.

I expect exponential improvement from the returning core players, especially Watford and Elston.  They ought to push each other each and every day.  This will make them both better.  If Rivers sticks around, his athletic ability will help prepare Jordan Hulls and Maurice Creek for the defensive pressure they will face in games.  We lack an inside presence, obviously.  We need a skilled big man to help Bawa develop.  Hopes are lost on Pritchard, and Cappobianco is a solid four.

Is it too early to talk Indiana Hoosiers basketball?  Hell no.  Indiana basketball is on my mind 24 hours a day, 7 days a week, 365 days a year.  Football season is simply a prerequisite to basketball season.  I wish Crean would allow practices to be watched by the public more.  I would be very interested to see how he conducts his practices.  I’ve heard rumors on which I won’t release because half of rumors are lies.

Practices are where players improve, bond, and win championships.  The foundation needs to be built on the basis of competition.  We need our top guys competing each day with players that can challenge them.   This recruiting class can provide that.

Click on the RSS Feed icon to the left to subscribe to indysportsonline.com and receive automatic updates when new material is posted.  If you enjoyed reading this, forward the link to friends.