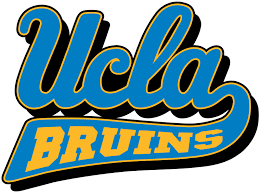 Windfalls require tributes because greed of all must be satisfied for the benefit of few.

UCLA’s days of operating at an athletic deficit are coming to an end as the Pac-12 is ready to approve the Bruins’ move to the Big 10.

The jump to the Big 10 will happen in 2024, which paired with the move of fellow Los Angeles based USC, will make more money for the university and conference.  That is how things work in our society where more is always seen as better.

Forget that UCLA’s financial deficit over the last three fiscal years was reported to be $100-million and that the Big 10 was extending a critical financial lifeline to the athletic department.  If not for the move, UCLA would likely have begun the painful process of cutting non-revenue sports (they are called “olympic” sports to try to convince saps like us that cash has nothing to do with decision making), making this move critically important for UCLA athletes.

People within the Cal system whined about how extended travel would be a burden too difficult to bear for the student-athletes.  Nevermind that a nonstop flight from Los Angeles to Chicago takes only one hour longer than a flight to Seattle.  Students would miss classes, and the student experience would be irreparably harmed by the Donner Party-esque journeys for road games.

To anyone with a functional brain, all that consternation meant a tribute needed to be paid by the soon-to-be flush UCLA athletic department to the Cal system.  All furrowed blows translate to greed.  Adults know that “good for student-athletes” means “pay me.”

UCLA has agreed to pay Cal a stipend of its Big 10 cash to offset the approximate $45-million difference in media rights distributed to Pac-12 and Big 10 members.  That amount will be determined by the new media deals for the Pac-12 (or however many members it keeps, accumulates, or loses).

There are some cover measures to divert attention from the Big 10 tax UCLA will be required to pay.  Student nutrition and mental health will be augmented with another chunk of the Big 10 bucks – which likely means three or four of the regents are in the food or psychiatry business.

When adults raise their right hands to express concern over the welfare of others, watch out for the left hand grabbing stacks of cash.  UCLA will get theirs, and now Cal will get some too. 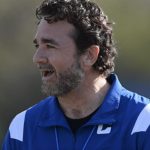 Colts coach Jeff Saturday in his own words – Would you want to play for this guy? Damn right you would!

New Colts coach Jeff Saturday spoke to the media yesterday.  He speaks from the heart – simply but intelligently.  His ability to communicate with the staff and roster will be critical to their buy-in and desire to compete amid a chaotic period in Colts history. Here are some passages from his comments.  My favorite moment […]

END_OF_DOCUMENT_TOKEN_TO_BE_REPLACED

Colts general manager Chris Ballard is a hunted man, and his behavior during the Jim Irsay led media availability to introduce Jeff Saturday as the interim coach showed that. There is no shortage of ideas for further examination after a very peculiar 35 minutes of insight Monday night from Irsay, Ballard, and Saturday, but I […]