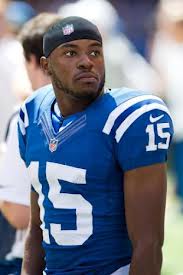 Banning marijuana use by professional athletes is just silly, and if that was the substance for which Colts wide receiver LaVon Brazill tested positive, the commissioner Roger Goodell should jot a note of apology and reinstate him before his four game suspension begins.

The penalty for marijuana use is the effect it has on the user.  I’ve seen dozens of people get stoned hundreds of times, and not once did it make the user smarter, more social, or do anything but diminish their ability to function.

I have never seen a stoned person turn violent, or commit a subsequent crime.  I’ve also never seen someone do it launch into a more serious issue with opiates.  I’m sure it happens, but in my

The social stigma of marijuana among the older of us continues to unnecessarily demonize this drug.  By the way, I am in no way a proponent for getting stoned.  It appears to be a pastime for people who enjoy boredom, and who am I to intervene in an effort to make people more productive.

Let’s say that Brazill is at a party where a bunch of friends are getting stoned.  In what way was he disrupting anything, or negatively impacting his ability to run fast and catch footballs.

So now a 24-year-old young man will lose more than $100K, and is one toke away from a full year rip which would effectively end his career.  What’s the point?  What is the counterpoint to make this consequence meaningful?

NFL players are five weeks away from needing to focus on football for any significant period of time, so from a pragmatic perspective, what is the point of this suspension.

Maybe Brazill is a great guy, and maybe he’s an idiot – I don’t know – but I do know that this suspension is not going to do him any good, and won’t be a positive change agent for anyone else.

If the suspensions discourage marijuana use among the microscopic culture of the not quite 2,000 players on NFL rosters and practice squads, what is the positive impact of that?  Less runs to the 7-11 for Little Debbie’s Star Crunch Bars?

The ban on marijuana by professional sports leagues is reactive and silly, and the time has come for someone in charge to stand up and say so.

Until then, silly knuckleheads like Brazill will lose cash and standing as they tweet about how they continue to smile:

Still got a smile on my face. It's In da past movin forward

Unless the substance Brazill used was something other than marijuana – like an opiate.  That’s a different story.