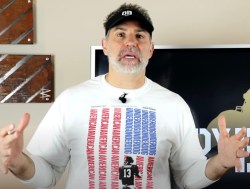 Kurt Warner paints a picture of Carson Wentz that is hard to ignore.

We watched the Colts play the 2-14 Jaguars on TV through a series of closeups too tight to see the entire play.  As a result, we are left to wonder if the offense fails because of the offensive line, Jaguars defensive excellence, receivers inability to get clearance, or bad scheme.

According to a YouTube video by Pro Football Hall of Fame member Kurt Warner – the scheme and line have their flaws, but Wentz is the author of the mess.

This is quite a video.  Play after play is dissected in detail, and Warner reveals what should be done and then shows Wentz’s flawed reads and execution.  And this isn’t just one or two plays, but 40 minutes of interrupted excoriation.  Warner is dispassionate in peeling back the onion with the All-22 look at the offensive debacle that yielded only three points until scoring came too late to matter.

Whether you love Wentz and believe he can lead the Colts to a Super Bowl, or feel he is the reason for the Colts collapse, you will find Warner’s critique fascinating, instructive and also harrowing.  But if you are a Colts fan, you will not enjoy it given the knowledge that Wentz is very likely to get another 17 cracks at learning how to play quarterback while wearing a Colts uniform.