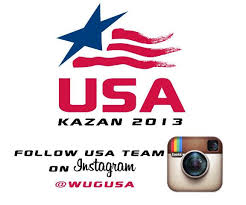 Of all the places in all the world for the World University Games to be held, they chose an outpost 1,100 miles due east of Moscow.  Kazan is a weird town that offers few of the distractions that any of the hundreds of better known cities in Europe that might have been chosen instead.

That doesn’t diminish the honor of being selected to play for their country for Indiana University basketball players Will Sheehey and Yogi Ferrell, nor will it make the experience of playing alongside some of the rest of college basketball’s best any less special.

There isn’t a hell of a lot to do in Kazan, but in the interest of helping Sheehey and Ferrell kill their idle time without relying on Russian TV, which is not English friendly, here’s a short primer on the eighth most populated city in Russia and  some of the high points tourists seem to enjoy:

The time difference in Kazan is eight hours.  Practices continue through Saturday, with games starting on Sunday and continuing through July 16.  The Americans have fared quite well historically in the tournament.  In the 20 tournaments in which Team USA has competed, the Americans have won 19 medals, including 13 golds, and have posted a 138-9 overall record.

The team was chosen by the 2013-16 USA Basketball Men’s Junior National Team Committee. Chaired byJim Boeheim (Syracuse University), the committee includes NCAA appointees McKillop, Matt Painter (Purdue University) and Lorenzo Romar (University of Washington), as well as athlete representative Curtis Sumpter, a member of the 2011 USA Pan American Games Team and the 2004 USA U20 National Team.  Nice that Painter didn’t stomp his feet and campaign against two IU players who are going to do nothing but get better as a result of this experience.