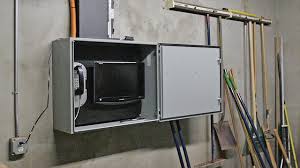 Baseball’s first dip into the murky waters of replay reviews of home runs utilized TVs I wouldn’t have in my home. We’ll see what technology they use this time.

Getting the call right 100% of the time rather than 99% of the time is not worth the trouble – or more importantly, the time.

Imagine the director of a “Death of a Salesman” stage production being able to stop the performance in the middle of the second act to correct a blown line by Brian Dennehy.  Imagine a tour manager of AC/DC stopping “Highway to Hell” two minutes in because Angus Young didn’t bend a string perfectly during his solo.  A comedy club owner doesn’t stop a set by Jim Gaffigan because he stammers through one of 75 jokes.

Getting the calls during a baseball game precisely right is important for the players and management of a team, and completely beside the point for the fans who buy tickets and watch less and less often on television.

The game is already so mind numbingly slow that it’s virtually impossible to sit through an entire game in from of the TV.  Instead of focusing energy on slowing the game further, owners should mandate that once a hitter enters the batter’s box, he must stay there ready to hit throughout his plate appearance.

But because baseball franchise owners have their heads so far up their backsides they can’t see the ivy on Wrigley Field’s ivy covered outfield walls, they unanimously approved funding yesterday for an expansion of replay that will include a number to be determined of manager challenges every game that will be reviewed by a group of umpires in a New York studio.

We can assume this will be a hybrid of the NFL and NHL protocols.  The manager will throw a red flag, or run screaming on to the field to stop play and request a replay.  The officials in the magic video booth with watch the play in question again and again to determine whether the call was correct, and then communicate with the result to the umpires.

Like almost all replays, fans at home and in the stadium will discern the correct call long before justice is meted out on the field.  Thousands in the stadium and at home will shriek, “What the hell are they looking at?!  I can see it from here!”  Frustration will build, and the replay official will probably be right more than he is wrong, although that’s hardly a foregone conclusion.

As a result, an already too slow game will be slower, and the joy of watching men play ball will be corrupted by a completely unnecessary and irrelevant technological advance.

Fans can look forward to the gamesmanship of managers delaying the action until a replay can be viewed by a member of the staff to determine whether a challenge is warranted.  Fourth inning mound visits to a pitcher who is rolling will be regular occurrences as the replay is displayed on the Jumbotron.  Sounds like a great time to get another beer or go to the bathroom, as though baseball games aren’t filled with those already.

The James Webb Space Telescope will be launched in 2018, and it will be able to peer into the smallest nooks and crannies of the universe to determine whether life exists elsewhere..  The Hubble Telescope has been responsible for many of the most vivid and revealing images from space for two decades.  If you lined up the Webb and the Hubble Telescopes end to end, you would still not be able to see the cosmic importance of a call being corrected in a Wednesday afternoon game between the Kansas City Royal and Milwaukee Brewers.

There are those who believe that getting it right trumps all, and that replay ensures that results of games are not impacted by the imperfection of an umpire.  They watch baseball with an eye trained on the least important aspect of the game.  Sports are played in front of paying fans (either through a ticket purchase or their exposure to commercial messages) and it is meant to be a leisure activity – an escape.

The tedium of replay is ridiculous in all other sports, but the action in those games is almost nonstop.  The action is baseball is consistently non-go.  Slowing it down further to correct bang-bang calls is an overreaction to a problem that doesn’t even deserve a diagnosis, much less a cure.

Eyeballs attached to four well-trained brains should be enough to get calls right as often as needed.  The more baseball affects changes that make the game better for players and managers at the expense of the fans, the further the national pastime will fade from our consciousness.

Baseball is swinging and missing again – unanimously.  If the owners want to improve umpiring, the place to start is by firing Angel Hernandez.