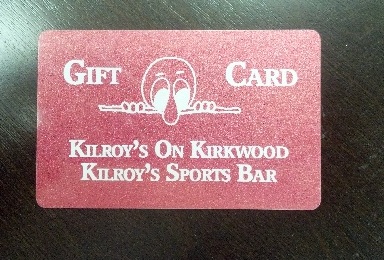 Come up with a decent short name for Simon Skjodt Assembly Hall and win a $25 gift card to Kilroy’s Sports Bar in Bloomington.

Simon Skjodt Assembly Hall doesn’t exactly or easily roll off the tongue, but that is what it will be called once the renovation Cindy Simon Skjodt’s $40 million donation will pay for is finished, so fans will begin the search for a name that’s quicker and easier.

ESPN’s Chris Berman wanted to call Lucas Oil Stadium, the “Oil Can” before the Colts and NFL raised hell because “Oil Can” does Forrest Lucas and his company very little good for their massive investment for naming rights.  If a network wants to continue doing business with the NFL, they  take that complaint call, listen, and correct the source of the disharmony.

They are going to say something, and it might be as simple as the current “Assembly Hall.”  College students should be a little more creative than that though.

When I was a student, we had little to do other than come up with snarky names for people, traditions, and buildings.  We were wise asses because their was no disincentive.  With 35,000 of the 35,050 students at IU Bloomington being strangers, that meant we could offend 25 per day and never run out of targets.

People have been less mean during the time since my friends and I called our adolescence over and began sanding off the edges to rough for businesses.  So we have to rely upon current students for their wit in naming the new version of Assembly Hall.

Sure, the renovation won’t be finished before 75% of the current student body graduates, but the name you share here can survive forever.

In Phoenix, when the stadium where the Arizona Diamondbacks play in was called Bank One Ballpark, people shortened it to “The BOB.”  Easy.  Not terribly clever, but easy and vaguely reminiscent of Bank One.

To the person with the best and most clever name for that crazy cathedral of hoops, a $25 gift certificate to Kilroy’s Sports Bar is yours.  The lone judge is me, and if none of the entries reach the level I deem worthy of winning, I will take the gift card and buy a round or two the next time I’m there.

If no one enters, I’ll chalk it up to students being on Christmas Break, and spend the gift card on Dan Dakich, Paulie Balst, and me the next time we’re together.

Just submit the idea as a comment, and leave your email address.  The deadline is December 31st, 2013.