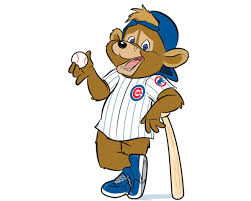 Truth from Tom Ricketts would do a hell of a lot more to engage fans than the insipid creation of “Clark”.

The Cubs suck.  Sad, but true.  Even worse, there is a reason for it that has no cure until the 2020 season, and it has nothing to do with profiteering by the Ricketts.  Whether you prefer to be pissed off by it, or tolerate it, the Cubs being noncompetitive is not going to change.

My process with understanding sports management operates in the following order – dissatisfaction, impatience, outrage, education, and finally acceptance.  It might be less emotionally taxing to start with education and skip the preliminaries, but what fun would that be?

Watching the Chicago Cubs begin the season 1-4 with an offense that has tallied 1.6 runs per game, and ranks 29th of 30 teams in runs and slugging percentage, turned me angry quickly.  I used to wait until June to rev up the outrage, but the worst three-year run in the 138-year history of the franchise rubbed me raw before Jeff Samardzija threw the first pitch in Pittsburgh last Monday.

Worse was the proclamation by the occasionally untruthful owner Tom Ricketts that he believed the Cubs could be a playoff team in 2014.  If he is very comfortable lying to a fan base who has earned better through years of watching terrible teams, and having their hearts broken by those who managed to play some good baseball, how can fans trust anything that comes out of his mouth?

So I was pissed, and lashed out at the Cubs with a list of team improvements I would make were I the owner.  The list was supposed to be fun – a diversion from the impotent lineup Rick Renteria is forced to trot out day after day.  The ridiculous ideas, like urine troughs for women, seemed bizarre enough to let readers know I wasn’t serious.  Maybe fans are also a little raw, and the baseball they have been forced to endure so far has caused an erosion of any sense of humor they possessed, or maybe I’m just not funny to anyone but myself, but the response from Cubs fanswas filled with invective and unpleasantness.

A Cubs blogger named Evan Altman recommended I read an exhaustively researched piece about the financial restrictions that came as part of the terms of sale when the Cubs were spun from the Tribune Company to the Ricketts in 2009.

I read and read and read.  The piece was 9,000 words, and was filled with the specifics that told the backstory of why the Cubs are terrible, and will remain so – not until 2016 as supposedly candid Cubs officials assert – but until 2020.  Then I sought more information about the ownership terms, and now I can add another entry to the continuum of my understanding sports management, which now is dissatisfaction, impatience, outrage, education, acceptance, and finally despondence.

Here is what the Cubs don’t tell us very often – that the Ricketts Family does not actually own the team.  In order to skirt paying the IRS taxes due for the revenue generated by the sale, the Tribune Company and Ricketts Family formed a partnership that acquired the team.  That partnership will last through the 2019 season, and comes with a lot of strings attached.

The first string is that the Ricketts can’t just pay off the debt because if they do, the IRS will get the idea that the partnership was nothing more than a tax dodge, which it was.  The debt service, as I understand it, kicks in some Major League Baseball mandated protections that require the Cubs to show a specific percentage of net revenue – minus some allowable single time expenses that do not include payroll.

To condense the MBA level financial details to something easily understood – until the 2020 season, the Cubs are prohibited from spending much beyond their current payroll because of the terms of sale and MLB financial protections enforced to keep prospective owners from getting in the game without enough cash to operate.  The irony that those provisions are actually keeping the Cubs from spending is a new source of salt in the wounds for the most preyed upon fans in the history of sports.

Truncating 9,000 words and several other financially astute peeks behind the Cubs curtain is easy – until the partnership between the Trib and Ricketts dissolves in 2019, the Cubs are stuck in their rut of underspending and underperformance.

Several revenue sources (new TV deal, video signage, etc…) will provide enough cash to make incremental upgrades, but until the partnership driven shackles come off, the Cubs won’t be on anything resembling equal footing with the Cardinals, Pirates, or Reds.

The development of the kiddie corps will help, but Javy Baez, Jorge Soler, Kris Bryant, Albert Almora, and Arismendy Alcantara don’t pitch.  Arms aren’t cheap, and neither is filling holes that are created by injury and defection.

The lingering question for me is why the Ricketts don’t just come out and tell the truth.  It’s been 107 1/2 years since Frank Chance led the Cubs to a World Series title, so another six years isn’t difficult to handle.  At least the honesty would make fans part of the process and relieve the deranged Cubs fans (very close to the definition of redundant terminology) of the absurd notion of hope that creeps into their psyche every spring.

A few beers at the ballpark celebrating its 100th anniversary of a baseball cathedral filled with the ghosts of players both great and terrible, along with the memories of first games with dads, moms, brothers, and sons isn’t such a bad way to spend a spring or summer day.

I just don’t want to feel like the Ricketts are stealing from us.  The truth would help curb that uneasiness.

4 thoughts on “Chicago Cubs – Crash Course in Finance Explains Why Cubs Will Suck Until 2020; But Not Tom Ricketts Dishonesty”