A few weeks ago, I mentioned to some folks that the Chicago White Sox needed to be careful not to waste these years. The White Sox have some of the best deals for star players in baseball with Chris Sale (third in Cy Young voting) and Jose Abreu (fourth in MVP voting). They need to take advantage of this time and not waste the discounted Sale and Abreu years.

Apparently, that’s what General Manager Rick Hahn and the White Sox organization have in mind – strike now while they have two of the top 15 – 20 players in baseball on contract-friendly terms. 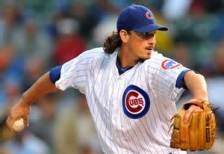 Tuesday morning, we learned the White Sox completed deals to acquire starting right-handed pitcher Jeff Samardzija from Oakland for infielder Marcus Semien and others. Chicago also signed free agent closer David Robertson, who had a very good year last year with the Yankees. These moves are in addition to the previous signings of reliever Zach Duke and first baseman/DH Adam LaRoche.

It’s early in the off-season, but the “other team” in Chicago is leaving its mark on the Winter Meetings and the off-season, too. And it was the White – not Red- Sox stealing all the headlines on MLB Network Tuesday morning.

The Robertson deal seems like a bit too much for my taste (4 yr/$45 mlllion for a reliever). But at least White Sox pitching coach Don Cooper knows who his closer will be every day, something he didn’t know in 2014. And the team certainly is in the financial position to take on this contract.

Oakland traded for Jeff Samardzija and Jason Hammel late last year. The Cubs got top prospect Addison Russell and Billy McKinney in return. Now that the dust has settled somewhat and the Cubs have since re-signed Hammel, the A’s basically traded Russell for Semien… that’s one way to look at it, anyway. It’s certainly fun for Chicago fans to be on the other end of these deals right now.