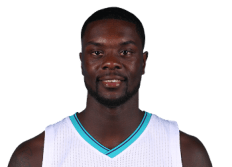 Long before I read the trade rumors today involving Charlotte, Oklahoma City and Brooklyn and Lance Stephenson, I re-visited the idea of the Pacers re-acquiring “Born Ready.”

I don’t care if Charlotte can’t handle Stephenson. Sure this was a playoff team last year. It’s also, by and large, been a pretty pathetic organization until last year.

Nothing has changed in my mind in recent weeks. In fact, I’ve had pretty much the same stance about this team – the players on it and Stephenson specifically. Larry Bird and the Pacers can handle Lance Stephenson. Heck they have had a hard enough time handling Roy Hibbert’s Dow Jones mindset and play on the court in recent years.  You haven’t grown tired of Hibbert’s antics? I did after last year. The Pacers can handle “Born Ready.”

Look, this isn’t a stance that the Pacers need to right a wrong. This is about being smart. If the Pacers can get Stephenson back on their terms, why not? It’s probably too late by the sound of this latest rumor but I’m going to argue the point anyway until the trade is complete.

This team went to the Eastern Conference Finals two years in a row with Lance Stephenson. Yet, all I hear is you can ‘t win with Lance Stephenson. Has it dawned on anyone that the other pieces of the puzzle were just as much to blame for the failure to win a championship?  Hibbert didn’t score in four playoff games last year…FOUR. He makes $14 million per season. You don’t have a problem with that?

Hibbert was almost benched in the playoffs and he’s not exactly carrying the team in the absence of others this year. Point guard George Hill averaged just over 2 assists per game? And you think it’s all Lance Stephenson’s fault?

I’ve always heard that Stephenson stole rebounds from Hibbert to pad stats. First, let me say I don’t care who gets the rebound as long as it’s secured. Secondly, Hibbert averages a whopping .7 more boards per game this year without the rebound bandit Stephenson on the team.

And who ever said Charlotte was a great destination for Stephenson? In fact, I said all along the move made absolutely no sense. But Bird wanted him all along. And Frank Vogel wanted him back from what I’ve heard. Why? Because they know they can keep him in relative control and his contract is VERY cap-friendly.

I’m not saying Stephenson doesn’t deserve criticism. But why does everyone else get a pass?

My questions are the same as when Stephenson left. Who can you rely on on this team? Hibbert? Hill, even when healthy? Even George hadn’t reached the automatic go-to star status some thought he had – not the level of the elite. He’s had his fading moments in big games before. No one else on this team is someone I look at as an important piece moving forward. Sure they have piece that can fit, but I’m talking must-have players. The most talented players on the team last year were George and Stephenson. They could be again.

As for how Stephenson effects this team, who cares? This team isn’t going anywhere. And his contract is only good through next season. I have news for you folks, this team wasn’t going to be good enough to win the East with Paul George, let alone without. Hibbert, Hill and the aging Dave West are going to lead this team to the promise land? They’re not.

On these contract and trade terms, the Pacers can handle Lance Stephenson – and so can you.  It’s as if this team didn’t win a lot of games the last couple years. People forget how much fun they had watching this team play.  And they also forget there were others on this team that helped cause the demise down the stretch. If you think it was all Lance’s fault the Pacers didn’t get to the Finals, you’re delusional. Problems I pointed out after last season are coming to fruition now.

What, are you worried about chemistry on this year’s team? Seriously? Why not bring Lance in on your terms and see what happens. It may be the only thing that gets me interested again this year. Why not see if Stephenson can spark this team. There is nothing to lose. If it doesn’t work out, he only has one year left on his contract…one year.

I know one thing, I tuned in to watch Lance Stephenson, good or bad, last year. My kid wanted a “Born Ready” jersey for Christmas. There is nothing intriguing about this team right now. You’re worried about messing up this team chemistry? I love Rodney Stuckey and all and he indeed is a pro. But this isn’t about him, to me. If you get a deal you can’t refuse and you’re only tied to Lance through next year? That’s an easy deal to make in my opinion.

Ask yourself, what are the pieces on this current team that are musts moving forward – building blocks? Because what you had the past few years isn’t what you’ll have moving forward. West is aging, and he and Hibbert could be gone after this year. George Hill? Rodney Stuckey? Lavoy Allen? Uh, if i can get Stephenson and a first round pick in exchange for an expiring contract, I do it.  If it doesn’t work out, you move on easily and still have a first round pick out of the deal.

It amazes me. People have more problems with Lance Stephenson and forget a lot of the good things he did for this team the past two years. Last year went from how much should the Pacers offer him to , “Thank God he’s gone.” Yet, they have no problem with a $14 million center some have called to be benched and one who scored 0 points in four playoff games. People will nit-pick Stephenson apart, yet be as bothered about major flaws in others. They have no problem with Hill, a point guard who averaged 2.5 assists in 2013-2014 while Stephenson averaged 7 assists.

Lance Stephenson may be just the wake up needed on a team that keeps hitting the snooze button.