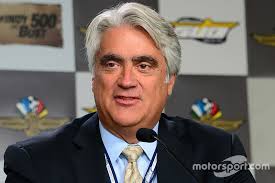 People who run things need thick skin.  Criticism is a part of the equation for leaders, and it can be helpful in improving systems, staffing, and building success.

A new rule has been adopted by IndyCar that shows whether they know that or not, they don’t embrace it.

The rule is a gag order that allows series officials a wide latitude in penalizing those who speak critically.  Here it is:

Competitors must be respectful, professional, fair and courteous to others. At all times, Competitors must not, attempt to, or engage in conduct or statements that in the judgment of INDYCAR:

a) Threatens or denigrates any Official, fellow Competitor or the INDYCAR brand;

b) Calls into question the integrity or legitimacy of the Rules or their application, construction or interpretation;

d) Threatens or denigrates any INDYCAR business relationship, including those with sponsors or broadcasters;

e) Otherwise threatens the integrity, reputation or public confidence of the sport, INDYCAR, or IndyCar Series.

When racing media lost their minds over this rule that threatens to limit the ability of those interviewed to express honest opinions, Hulman & Company (parent company of IndyCar) CEO Mark Miles tried to clarify the rule’s intent, “This rule is not a gag order. We recognize that controversy, tension and drama all have a place in motorsport today. Our drivers are competitors and we have no interest in eliminating the emotion and passion that is an integral part of our sport – or limit the content for media covering INDYCAR.

“As an example, some have speculated that the exchange between Ed Carpenter and Sage Karam last Saturday at Iowa Speedway would result in penalty under this new rule – that is not the case. We feel exchanges of that manner do not cross the line and instead highlight the intensity of Verizon IndyCar Series competition. We feel it’s our responsibility to distinguish between irresponsible statements that damage the sport or its competitors and the intense competitive nature of the series. This rule is to ensure we have authority to act when we feel it is required.”

So it seems this rule will be selectively enforced at the whim of series officials.  It isn’t a gag order, according to Miles.  It’s a selectively enforced disincentive for critical language that negatively impacts public confidence in the sport.  That’s quite a distinction.  Miles is a really smart guy, but that doesn’t mean we are too stupid to see that the rule was crafted by those who want to shut the mouths of drivers, and that will be the result.

Drivers and team officials will be allowed to speak with passion until they say something that angers the thin-skinned people who are empowered to wield penalties, and then look out.

Miles can’t have it both ways.  The rule says one thing, and his explanation says something entirely different.  That level of confusion is not new to IndyCar, and it’s a big reason why the series continues to languish in the background of the American sports palette like a pond seen through the window behind Jesus Christ in Leonardo da Vinci’s “The Last Supper”.

IndyCar needs a whole lot more of what Miles champions in his clarification, and eliminate what the rules seeks to prevent – controversy.  Talk is good.  All publicity is good publicity, and if IndyCar officials are too thin-skinned to welcome coverage due to raw and honest criticism, they are in the wrong business.

Roger Goodell is the commissioner of the most popular and profitable sports enterprise in America, and there are few people in America publicly criticized more often than he is by current and former players in the league he oversees.  The NFL has never enacted a gag order for its players.  You know why?  Because it’s weak, and the NFL is strong enough to withstand some internal strife.

IndyCar needs leadership able and willing to tolerate all criticism.  If it’s good enough for Goodell, it should be good enough for IndyCar.  Being mocked, chastised, and humiliated is part of the cost of running things.