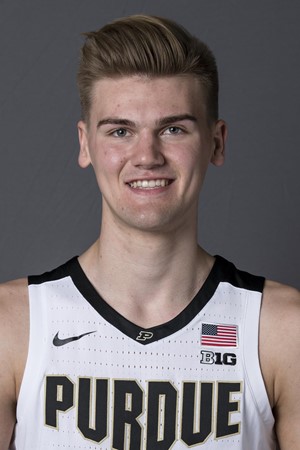 The best IU fans could do to harass this Dutchman from Purdue was “***k you, Haarms!”?

The chants were audible throughout the game as IU fans expressed their disdain for Purdue center Matt Haarms, “***k you, Haarms!”

But I have a problem with IU students yelling “***k you, Haarms!” throughout the game because it’s not clever.

Many times during his 29 years as Indiana’s basketball coach, Bob Knight grabbed the PA microphone from Chuck Crabb to chastise fans for yelling profanity.  Despite my affection for shouting obscenities, I always listened to Knight because he was a scary guy.

There are rules preventing coaches from doing that today, so Archie Miller lacks the means to communicate his displeasure, if he feels any.

I would pick up the mic and demand better, but not necessarily cleaner from the student section.

Again, my disdain for last night’s chants is not driven by a prudish aversion to swearing, but a lack of respect for college students who can’t come up with anything more clever to distract a kid like Haarms.

IU students were shouting at a 7’3″ Dutchman with goofy hair from Purdue, and the very best they could come up with was “***k you, Haarms!”?  How about swearing at him in Dutch?  That’s barely clever, but it would be a step in the right direction.

When I was a student at IU, we spent three hours per day in class, slept another four hours, and invested the other 17 hours a day annoying people.  At no point did we chant, “***k you, (insert name here)!”  We weren’t always classy, but there was always a bit of wit in our exploits.

Indiana University’s student body should demand better from themselves as they harass opponents at Simon Skjodt Assembly Hall, Greeks on North Jordan, or professors in Ballantine Hall.

IU lost 48-46 to Purdue last night as Haarms silenced the fans with a tip in with 3.2 seconds left.

Now that was clever.

8 thoughts on “Indiana fans fall short in shouting “***k you, Haarms” at the Boilermaker who beat them #iubb”