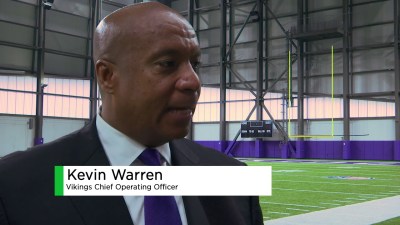 Kevin Warren will succeed Jim Delany as Big 10 commissioner, and this Grand Canyon, Arizona State, and Notre Dame graduate will do a fine job.

The Big 10 has 14 member universities who promise to help students become community and corporate leaders, but the conference will again turn to a graduate of a non-member school to lead it.

Warren is obviously qualified, and he may be very successful as commissioner.  My issue is not with Warren or his selection, but with the universities that comprise the Big 10.  They appear incapable of providing the necessary tools for the development of a candidate worthy of the position.

Remember the two divisions the Big 10 used for football before finally embracing the geographically driven East and West?  They were called the Leaders and Legends.  Well, evidently the schools of the Big 10 are ill-equipped to produce leaders legendary enough to run the conference.

Out of state students paid $49,554 to attend Indiana University during the 2018-2019 academic year.  Multiply that by four years, and an education at IU will set a family back $198,216.  For that kind of jack, a position like commissioner of the Big 10 should be guaranteed for a graduate.

Instead, the Big 10 will look to a guy with three degrees from non-Big 10 schools to run the show.