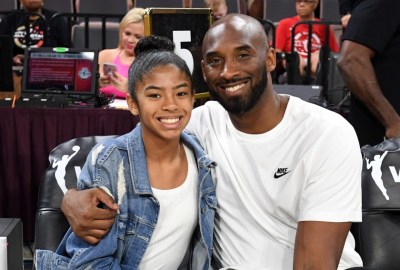 There are almost as many ways to mourn as there are mourners.  Some openly weep for a stranger.  Others remain stoic for loved ones.  Neither are right or wrong.

Kobe Bryant’s unexpected death in a helicopter crash yesterday at the age of 41, along with eight others including Bryant’s daughter, has elicited a variety of reactions on social media.  Many express tearful empathy for the families involved.  Some report that they never met Bryant and feel no more sense of loss than they feel for non-famous folks taken from us without fanfare.

We need to work to accommodate those of us who are imperfect, which means everyone.  I’ll give you an example.  It took me six weeks to cry about my father’s death, but when the Cubs won the 2016 NLCS against the Dodgers, I cried like a baby in an Indianapolis bar for 20 minutes.  I mean I flat out wept with my head on the bar because the Cubs were going to the World Series for the first time in 71 years.

Now my love for Dad is so intertwined with my love for the Cubs that it’s likely the tears were as much for him as the Cubs.  At least that’s my hope.

The point is that we are all screwed up in some way in terms of how we process death, and there should be an allowance for unique behavior.

Mockery and insensitivity continues to abound as each camp responds to tweets and Facebook posts expressing extreme indifference or entrenched empathy.

Some have a faculty for feeling the pain of others – transporting themselves into their shoes  to experience emotional pain.  Others have a talent for viewing the world through a very pragmatic lens.  They see death as a fact of life that requires no mourning because it is expected for us all.  Many go so far as to demand their own lives not be celebrated by a formal funeral or visitation.

Again, neither is right or wrong.  How we view our demise, or someone else’s, is deep-rooted in our psyche.

Those who weep for Kobe and his daughter are perfectly justified for doing it.  Many are expressing heartfelt messages to Kobe’s wife Vanessa and those close to others who perished in the crash.  That doesn’t make them heroes or villains.

Others wonder why strangers to Kobe and the Bryants cry for them.  When pragmatists heard the news of the crash, they likely nodded, said “Well, that’s something,” and moved on with what they were doing.  That neither makes them wise nor assholes.

We’re just people, and how we deal with death is extremely personal.  The correct answer for how we should mourn does not exist.  There is no rule book, and so there can be no fouls.

Kobe Bryant died yesterday – too soon.  His daughter Gigi died far too soon.  So did the other seven people in the helicopter.  It’s tragic – as are all deaths that interrupt the arc of an unfinished life.

I have no wisdom to share about how you should process this loss, but I do want us to lay off each other as judgments are made against those who weep for a stranger and also those who have no such emotional compulsion.

Social media allows for venting against those with whom we disagree.  In fact, sometimes it seem to be encouraged.  We should deny the impulse to rage against each other for feeling as we do.

After all, as we were reminded yesterday, we are here for a short time.  Why make the trip less pleasant for one another?