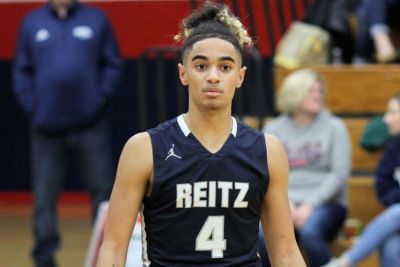 The life of a coach isn’t about navigating high and low tides – it’s about surviving tsunamis and droughts.  The highs are stratospheric and the lows are seemingly bottomless abysses.

On February 8th, Indiana was reeling after losing their fourth straight, a 12-point loss to Purdue at Assembly Hall.  Bob Knight returned that day along with more than 40 of his former players.  Their presence brought into focus the stark contrast of the past and present of Indiana Basketball.

Rumors circulated that former Michigan coach John Beilein would be available after negotiating a separation with the Cleveland Cavaliers, and Indiana fans began to daydream about what might have been had former athletic director Rick Greenspan hired Beilein when he had the chance in 2006, and what might be if he replaced Archie Miller.

Reasonable people understood Miller is going to be IU’s coach until the end of the 2021-2022 season at the minimum.  Outgoing AD Fred Glass is not going to replace Miller as his last act in Bloomington, and the new AD – whoever that is – is not going to pull the trigger on Miller before he figures out where Janko’s Little Zagreb is.

Indiana fans are not known for being reasonable, so talk about Beilein continued through a game at Michigan where Indiana was not competitive.  These were dark days for Miller, if he was paying any attention to the noise from fans and media.

Then things changed in a big way.  Prior to the loss at Michigan, the Hoosiers beat Iowa by 12.  After the loss to Michigan, just when it appeared Indiana would have trouble earning its way into the NCAA Tournament, the season changed with a road win at Minnesota followed by a home triumph over #9 Penn State.

Suddenly, the Indiana team that teetered on the brink of irrelevance, was 8-8 in the Big 10 with four games remaining.  All the talk about Beilein vanished along with Miller’s insistence in defending pick and rolls with hard hedges.  Fans stopped booing and message board threads calling for Miller’s head vanished.

Last night, Miller’s run of passes at the craps table of basketball got serious with the commitment of Khristian Lander of Evansville Reitz.  Lander is the #9 player and top point guard of the 2021 high school class.  He might decide to re-class to 2020 to become an incoming freshman this summer.  Whenever he comes to Bloomington, he will be the highest ranked point guard prospect in more than a generation to play at Indiana (Yogi Ferrell was ranked #21 in 2012).

When Miller was introduced as the successor to Tom Crean almost three years ago, he promised to recruit Indiana.  He’s done that, and continues to.  With another five Indiana high school juniors ranked in the top 100 nationally, recruiting by car rather than plane seems the right choice.

Like runs at the craps table, Indiana’s good fortune will turn too.  It’s a virtual certainly the Hoosiers aren’t done losing this year.  Tomorrow night’s game at Purdue will be a tough putt, and Illinois lurks in Champaign as IU’s last road opponent of the season on Sunday.  After two home games wrap the regular season, the Big 10 Tournament is next, and then either the NIT or NCAA Tournament.

With each game and recruit, there are opportunities to win and lose.  Miller’s hot streak followed a cold snap, and the cycle will continue.  It will drive fans crazy, but maybe that’s why we love college basketball as much as we do.

And if this season doesn’t end the way Indiana fans like, all five starters will return for 2020-2021.  Optimism will be rampant until the Hoosiers lose and then the sky will be falling – again.

Such is college basketball in Bloomington.