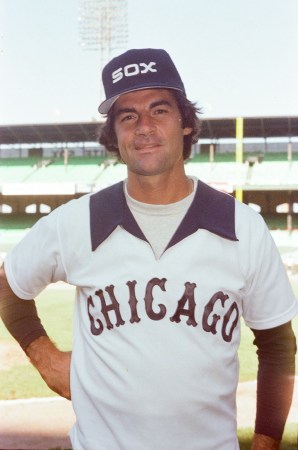 Tony La Russa doesn’t look much like this anymore, but let’s hope that if he returns to the dugout for the White Sox, he and his players are wearing these crazy ass uni’s.

No matter how successful we become, those moments of disappointment when we were unjustly spurned by an employer nest forever in our psyches.  They might crush or motivate us, but they will always be there, and the opportunity to prove management wrong will remain difficult to resist.

Such is the case with Hall of Fame manager Tony La Russa, who was fired in 1986 by Chicago White Sox general manager Ken Harrelson.  Never mind that La Russa’s A’s and Cardinals teams combined to win three world championships and play in another three World Series, that firing in Chicago still stings.

At the age of 76, La Russa is talking to the White Sox about returning as manager nine years after retiring following his miraculous swan song – the 2011 championship won by the Cards after being down to their final strike twice to the Texas Rangers in Game Six.

Not only is La Russa covetous of the opportunity to re-litigate his ouster, White Sox owner Jerry Reinsdorf would also like to right what he has acknowledged as a huge wrong when he allowed Harrelson to send La Russa packing almost 35 years ago.

Three championships, millions of dollars earned, and a secure place among the greats is not enough to erase the despair felt when a guy who knew very little about baseball and nothing about leadership told La Russa he was no longer the manager of the White Sox.

Before we write off this unexpected potential comeback as solely motivated only by a desire to expunge a moment of misery, remember the White Sox are coming of a postseason appearance with a young and talented roster.

The Sox are on the come, and La Russa’s potential comeback may be exactly what they need, and what allows La Russa to finally put 1986 behind him.