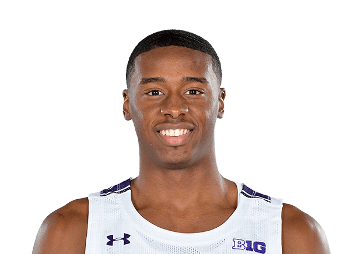 This is Chase Audige, and it might have been a good idea to guard him over the last nine minutes of last night’s game. But he didn’t beat Indiana. The Hoosiers did that to themselves.

Even in Indiana’s previous two losses, at least they were fun to watch.  They were focused, selfless, connected defensively, and eager to shoot when open.

Last night, the Hoosiers were none of those things, and lost to the visiting Northwestern Wildcats 74-67.

No one expects Indiana win the Big 10 in Archie Miller’s fourth year.  They aren’t experienced or talented enough to prove themselves superior to a team like Iowa with its three talented seniors – one of which might wind up being the national player of the year.

But it’s not unreasonable to expect Indiana to show up for games ready to compete on both ends of the floor.  You would think that over the past three years they would have become bored with underperforming.

There is something about basketball that allows us to feel when it is being played the right way, and Indiana did not provide that feeling last night for long stretches.  That uneven effort harkened back to the previous three years, when it appeared the roster was filled with personal agenda-driven players coached by a guy who couldn’t reach them and wouldn’t sit them.

As the players recruited by the previous regime cycled out, it appeared IU embraced a collective personality of grit and determination.  Until last night’s uninspired performance.

The backcourt of Al Durham and Rob Phinisee passed up open looks all night long in an effort to force-feed their best player.  That’s a fine idea until opponents decide defensive attention is not required anywhere but on that best player.  That is exactly what Northwestern coach Chris Collins did from the opening tip.

Trayce Jackson-Davis still found a way to finish with a game high 22 points, but Durham and Phinisee combined for only six points on 1-9 shooting.  That makes Indiana way too easy to guard and forces TJD to work too hard for his points.

In transition after a Northwestern miss or live ball turnover, the Hoosiers were in rhythm, but when they needed to set their offense after the Wildcats made their shot and were well positioned, they had trouble creating a reasonable shot.  Indiana often moved the ball without attacking for the first 20 seconds of the shot clock before making a feeble or errant attempt to find an open man.

This harkened back to the Tom Crean era when almost any zone proved impossible for the Hoosiers to solve.  Through seven games this season, I thought Indiana had moved beyond being flummoxed by zones.  Apparently not.

The defensive work was no more impressive than the offensive sets.  Indiana allowed Northwestern to hit 56% from the field and a transfer from William & Mary named Chase Audige to score all 17 of his points during the last nine minutes of the game.  At some point during that offensive barrage it would have been nice to see the Hoosiers try to disrupt his rhythm just a little.

Even with the misery authored by Audige, Indiana still trailed by only five with 28 seconds left.  The Hoosiers looked lost trying to find an opening to attack, moved the ball aimlessly for 13 seconds, and then Durham dribbled the ball off his foot.  At some point, Miller might have called timeout to give the backcourt some direction, but he let the players try to sort it out.  Game over.

Now, one pathetic effort doesn’t negate the progress shown in the season’s first seven games, but if Miller doesn’t find a way to get the attention of his players to ensure consistent effort it will be time for a different conversation.

I’m choosing to exercise patience and look at this loss as an aberration – a lone evening of weakness among other games that showed a willingness to compete as a unit.

Indiana has another challenge Saturday at Illinois – a team the Hoosiers will not be able to just show up to beat.  The Illini are ranked for a reason with at least a couple of future pro’s that will make Northwestern’s pesky roster look puny and stiff.  Compete there, and all will be forgiven.  Fail to grind, shoot open shots, and defend with purpose, and the conversation will begin to shift toward the direction of the program.

Whatever that was last night – it can not be repeated.