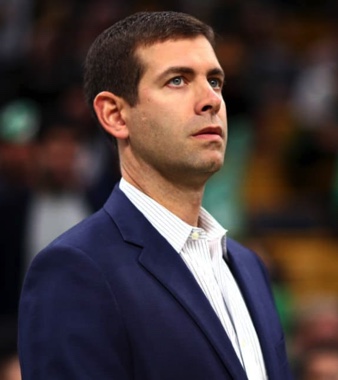 Brad Stevens wasn’t just saying no to IU. He was saying yes to one of the coolest jobs in all of sports.

The Athletic is reporting that Brad Stevens will replace retiring Danny Ainge as the head of basketball operations for the Boston Celtics.

Now it all makes sense.

There were reports 10 weeks ago that Brad Stevens was to be offered a seven-year, $70-million contract to return to his home state and run the Indiana Hoosiers basketball program.  That would have made Stevens the highest paid coach in college basketball.

Stevens’ decision to decline – or more accurately not engage – rubbed Hoosiers the wrong way.  The Celtics have not been to the NBA Finals during Stevens’ eight years as coach, and there were rumors his job might be in jeopardy despite being under contract through 2026.

If a coach might be on the way out, why would he spurn an opportunity to return home and lead the Hoosiers out of a generation of (mostly) mediocrity?

No one ever considered the possibility that Ainge might resign, leaving his gig to be filled by Stevens.

Now it all makes sense.

Who wants to recruit 365 days a year when they can manage a 15-contract roster and one of the NBA’s most renowned basketball operations?  Why work 20-hours each day for a Bloomington fanbase as demanding as the are loving when there is an opportunity to become the NBA’s Billy Beane for the most historically relevant franchise in the game’s history?