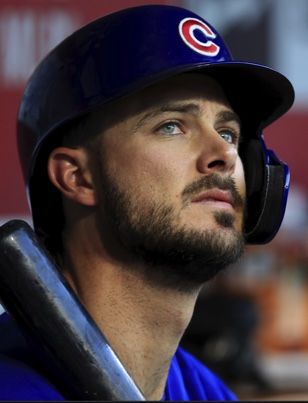 Kris Bryant is likely to be dealt before the July 30th trade deadline because greed sucks.

The Cubs need to tear it down to the studs to hang another banner from the rafters.

Team president Jed Hoyer is working the phones trying to get back some value in exchange for the spate of pending free agents his roster sports.  Kris Bryant, Javier Baez, Anthony Rizzo, and Craig Kimbrel are going to command a Brink’s truck filled with cash this offseason, and the Cubs have shown themselves to be unwilling to do what it takes to sign any of them to a long-term deal.

The problem with the Cubs roster is that the best players – the lynchpins of that 2016 World Champion team – suffer from the disorder that affects so many in business and sports – greed.  And they aren’t alone.

The Cubs went into the 2016 season a joyous and innocent group that believed in a fairy tale, and they exited it men determined to profit from turning that fairy tale into a reality.  Sadly, there is no cure for greed because there is no such thing as enough money.

Players with a million dollars covet 10 million – and on – and on – and on.  They pine for the days when the game wasn’t complicated by concerns about cash, but refuse to do anything about it.  Does the life of a baseball player, or anyone else, change for the better because he “earns” $80 million is his career instead of $300 million?  Of course not.  At some point, you can no longer see the top of your stack, and quality of life should trump quantity of cash.  But that never happens.

Diseases without a cure require quarantine, and so Bryant, Baez, Rizzo, and Kimbrel are very likely to be segregated from the rest of the Cubs.  Those players aren’t the only people affiliated with the Cubs who are motivated by greed.  No, there are no heroic altruists in this passion play.

Bryant got an up close and personal look at avarice from the other side of the business when owner Tom Ricketts and then team president Theo Epstein decided to slow Bryant’s promotion to the Cubs to delay his potential free agency until after the 2021 season.

Bryant striking back by refusing an extension is a reasonable answer to the Cubs idiotic and short-sighted business decision in April, 2015.  They got Bryant for an additional year on the cheap, but lost him forever as they taught him how business works.

There is a non-greed related reason for the Cubs to deal some of their best players too.  Management has shown an aversion to minor league talent for so long that the farm system is a virtual wasteland.  The soon-to-be former Cubs need to be auctioned to the highest bidders because the farm system is bereft of championship level talent, and re-stocking it requires valuable pieces trundle in the opposite direction.  Remember when the Cubs traded prospects Eloy Jimenez and Dylan Cease for Jose Quintana?  Now, the Cubs need to do that in reverse.

It will be sad to see Bryant, Baez, and Rizzo hug teammates as they pack their things to head somewhere far from Wrigley Field, but not as sad as it has been to watch these guys play passionless and robotic baseball since ending that 108-year run of mediocrity.