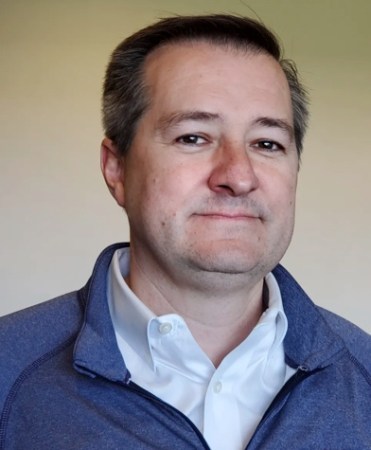 Shameless emotional pirate and Cubs owner Tom Ricketts will host the worst party in the history of Chicago’s North Side Thursday.

When The Athletic’s Jon Greenberg reported yesterday that the Ricketts Family has scheduled a party this Thursday to honor themselves for “saving” Wrigley Field, I believed it was a parody.  After all, the Cubs lost their 12th straight last night with what is now a triple-A roster after trade deadline deals of almost every player with any value.

What else but parodies mocking this profiteer family from Nebraska might be left to draw clicks?

Sadly, Greenberg was not kidding.  The Ricketts are even planning to affix a plaque to Wrigley Field “to commemorate the Ricketts family’s commitment to preserving Wrigley Field.”

I just threw up in my mouth thinking about it.

The boundless gall of the Ricketts will be written about and discussed for centuries.  When children 20 years from now read that plaque and ask their parents what it means, I offer this as the explanation for their use:

“The Ricketts self-congratulatory message remains an outrageous opus to a dim moment in America’s past when the absurdly rich felt compelled to express their self-immersion with gaudy plaques that excuse their quest for additional billions of dollars by claiming the moral high ground as saviors of buildings and societies.”

Sure, the children won’t know what some of those words mean, but they will get the drift.  Maybe subsequent owners will replace the Ricketts plaque with their own message discrediting the Ricketts as preposterous and obnoxious predators who valued cash over all other concerns.

Just as dealing Kris Bryant, Anthony Rizzo, Javier Baez, and Craig Kimbrel at the trade deadline was a cash grab, saving Wrigley Field was nothing more than a real estate investment, plain and simple.  It had nothing to do with preserving a beautiful relic.  It was not motivated by anything resembling altruism.

Prior to buying the Cubs, Ricketts correctly realized that Wrigley Field is the primary draw for fans.  It serves as a brick and mortar memorial connecting generations of Cubs and Bears fans for more than a century.  We visit with ever echoing memories of our first trips to Wrigley with dads, moms, and grandparents as much as we attend games.

Replace Wrigley Field with a ballpark out in Schaumburg and attendance would be reduced by 75%.

Ricketts also understood that the collar real estate was being poorly exploited, and that represented a simple opportunity to generate additional revenue with some cheap construction, an easily won battle with building owners across Waveland and Sheffield Avenues, and some structural improvements to the stadium itself.

I don’t begrudge Ricketts any of the cash he will reap for having the stones to execute a relatively obvious plan that for some reason previous owners neglected to embrace.  But hosting a party to honor himself as the patron saint of old ballparks, and affixing a commemorative plaque declaring his family’s beneficence is an outrage to Wrigley Field, the memories of Cubs fans upon which he preys, and reason itself.

The plaque is such a baldfaced lie, it likely gave the artisan who crafted it a debilitating affliction – or at least several moments of reflection when he or she wondered whether another profession might be more fulfilling.

There is nothing wrong with the quest for dollars, even the vast numbers of dollars the Ricketts children churn as they wisely invest the money their father gave them.  Generations passing cash and a thirst for more to kids is the grease for America’s prosperity.  Hosting a party to pat themselves on the back for doing nothing more than maximizing the value of their real estate holdings – and then unveiling a plaque as though the party required tangible proof of its mission – is a shameless and wanton display of boundless self-aggrandizement.

Can’t believe I gave these clowns cash to buy season tickets in 2015, 2016, and 2017.  Also can’t believe I continue to give a damn about the AAA roster that has run up 12 straight losses.

Of course, the hideous optics of hosting a party on the day after the Cubs very likely lose their 13th straight game would never dawn on this family of rapacious lunatics.