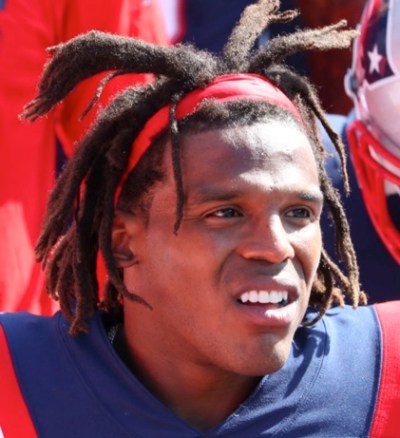 Cam Newton is not perfect, but he is an upgrade. If he was perfect, Bill Belichick would not have cut him!

Bill Belichick has made his decision.  Mac Jones is in as starting quarterback and Cam Newton is out – way out – as in no longer employed by the New England Patriots.

The Indianapolis Colts have a starting quarterback on the Reserve/COVID-19 list who is still recovering from an unanticipated foot surgery, a back-up QB who has never dressed for an NFL regular season game, and another backup who will be out for several weeks with a knee sprain.

Here are the top 10 reasons the Colts should call Cam Newton’s agent immediately to negotiate a deal to make Newton a cheap solution to an almost inevitable problem:

8 – Newton is cheap!  His base salary with the Patriots was scheduled to be $1.5M.  That’s a hell of a bargain for a guy who has done what Newton has.  Even his performance last year, while a negative step compared to his early years justifies that kind of bread.

7 – Win NOW! If Wentz goes down as he has in the past – or is lost to the NFL’s Covid protocols as he is right now – the Colts need a quarterback who can win them a game or two.  This isn’t some developmental program; the Colts need to be about winning in 2021!  Is Newton the best option available?  Sign him!

6 – Cam still has wheels – Last season, Newton ran for 592 yards to lift his career total to 5,398.  If Wentz stays healthy and Newton is only deployed as an occasional wildcat and sneak guy, Newton is a headache for defensive coordinators – and a bargain.

4 – Carson Wentz is unvaccinated – That means he will be subject to a five-day quarantine for any close contact with someone who tests positive – just as he is until Thursday of this week.  With the protocol ready to pounce at any moment on the Colts chances to win, they need to address the backup QB situation.

3 – Newton is similar in size and athleticism to Wentz – the offense and blocking wouldn’t need to change much if Newton was thrown into the breach for a week or two.

1 – Newton is better than Eason – Newton may be a quirky and self-immersed guy who’s not the player he was in 2015, but he still projects as better able to win this season than the thoroughly untested Eason.  If the idea is to put the best 53 guys on the roster, Newton certainly fits on the Colts.