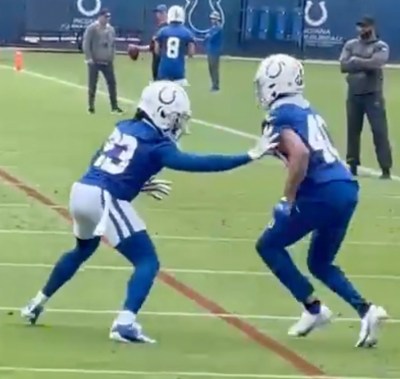 Lot to watch, listen to, and process as the Colts took the field for Day One of their three-day mandatory minicamp.

Dozens of new players and coaches getting to know one another and come together as a cohesive unit.  Some regulars missed today’s work for a variety of reasons, and another player frustrated with his contract took the field and worked rather than eat an $88K fine to make a point.

Here are the highlight takeaways from day one: