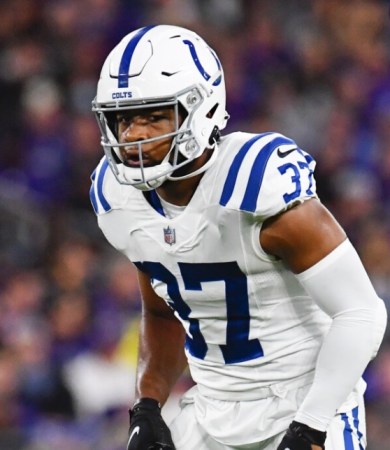 Khari Willis was smart and physical as a Colts safety. As a minister, he will exercise different muscles.

Khari Willis retired yesterday, and Colts fans need to get used to it.

Colts general manager Chris Ballard prizes character, intellect, and team-first ethos.  Players wise enough to embrace the traits Ballard covets are much more likely to decide after a few years that more in life exists for them than football.

It happened to franchise quarterback Andrew Luck almost three years ago, and it will happen to others.  This will agitate fans, but with the sacrifices so many need to make in their post-NFL lives, is it really a surprise when smart guys decide to do something other than risk destroying their bodies in the pursuit of winning and wealth?

Willis is turning his back on some significant cash – at least significant in the minds of ordinary folks trying to figure out how to afford $5.25 per gallon gas.  This season would be the last on his rookie contract, and despite already earning $3.24 million (according to Spotrac), he was on the precipice of a contract likely to pay him considerably more.

Fans get angry because the Colts would be better with their starting box safety than without, but Ballard appears to have prepared for this moment as though he knew it was coming by signing free agent safety Rodney McLeod and drafting Nick Cross.  That’s what you have to do when draft strategy includes wisdom as a plus.

And maybe Ballard did know.  Willis had an excused absence for last week’s mandatory minicamp, which was odd minus an injury report.  Maybe Ballard was clued in early during the offseason, but encouraged Willis to take his time to make sure he was ready to walk away.  One thing Ballard learned from the Luck retirement is the value of keeping a secret from professional nosey nellies like ESPN’s Adam Schefter.

So Willis will move onto the next challenge of his 26 years old life – tending to his ministry.  The Colts will continue their work of trying to unseat the Tennessee Titans as AFC South champs.

When you look at it that way, it’s hard to see Willis as anything but the very smart and wise fellow Ballard drafted in 2019.