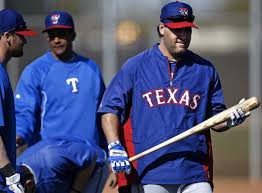 Since newer stadiums started pampering players as the rock stars they believe they are, opposing players have hated Wrigley Field.  Former White Sox manager Ozzie Guillen raised hell about seeing rats.  Now Lance Berkman becomes the latest to squawk about the lack of comfort in one of baseball’s great Cathedrals.

“It’s one of the worst places in baseball for, well, just about anything.  I really don’t like it. I read where they got approval for some more upgrades. Count me in the group of people extremely happy to see that. I guess I’m just spoiled.  There is a tremendous history associated with it and there is something special about playing on the same field that guys like Babe Ruth did. But really, what kind of history is there? It’s not like there has been one championship after another. It’s mainly been a place for people to go and drink beer,” Berkman told the Fort Worth Star-Telegram and the Dallas Morning News.

Spoiled is a good word for what Berkman is.  The tab for him to hit and only hit this year for the Texas Rangers, who will visit Wrigley Field for a three-game series beginning tonight, is $10 million.  Last year, the St. Louis Cardinals paid Berkman $123,711.34 for each of his 97 plate appearances.

Guys like Berkman ought to just shut the hell up and play ball.

Ballparks shouldn’t be and aren’t built for the luxuriation of the players.  The field is for the players.  The stands are for the fans.  Fans get a chair or plank of wood, and they pay too handsomely for the privilege.  Berkman will pocket $185,185.19 for being inconvenienced on these three nights.

It’s not that Berkman isn’t worth it compared to other professional hitters.  He’s one of the best 150 hitters in baseball history, and the Cardinals don’t win the 2011 World Series without him.

Maybe Berkman is a bit grumpy because the Friendly Confines have not been so friendly to the Big Puma.  His career average at Wrigley is .215.

Instead of talking about long walks from the clubhouse to the field and tight quarters, shut up and play ball – or shut up and count your cash.