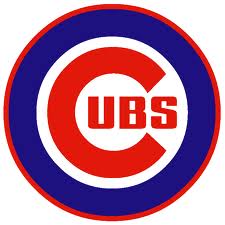 There was a time not too long ago that fans in what is now Bankers Life Fieldhouse bought all the available tickets, got to the game early, and were engaged throughout even meaningless games.

Indianapolis was a Pacers town, and Reggie Miller was the hero of every grade school kid who ever dreamed of knocking down a game-winning three-pointer.

And then, a prolonged internal mess combined with the emergence of the Indianapolis Colts took the Pacers out of the consciousness of the entire city.  The Pacers front office assumed the fans would continue to buy tickets because, well, they were the Pacers and that’s what people in central Indiana were supposed to do.

The Colts won a Super Bowl at the exact moment, Pacers hit rock bottom, and now the Pacers can’t sell out a playoff game for a likable team.  When the Lakers come to town, the purple in the crowd outnumbers the blue.  When the Heat and Bulls play in Indy, it’s the same. 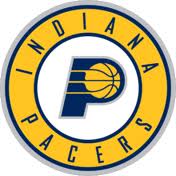 The players brawled, were never seen in the community, and had shot guns at local bars.  Guaranteed contracts protected them, and finally the Pacers had to make a series of trades that eviscerated the roster, and left Indiana with an NBA team that the players didn’t even care about.

Things are better now.  Paul George is an honest to God good guy with all-star talent, and even former pariah Lance Stephenson is a respected teammate.  Tyler Hansbrough is the kind of player that Hoosiers can love – blue collar and gritty.

Ticket sales still lag, and until the team asserts an easily consumed personality and level of success that reignites the fanbase, as many people will remain in the restaurant/bar reserved outside the locker room than will sit and watch the game.

Ten years ago, no one was in the bar during game action.  During a regular season game against the Cavs, it’s full throughout.  Through the Pacers arrogance, their fans fell out of love.  Much like a husband who ignores a wife until she finally leaves, winning them back is a hell of a lot harder than keeping her happy with an occasional hug might have been.

The Cubs are sinking into the same hole.  It must have been perplexing to see the stands full every game in 2010 while the team sucked.  You could almost hear the imperious knuckleheads in the front office crowing about how they couldn’t get fans to stop buying tickets.

After the White Sox won the first World Series for either Chicago team since 1917, the Cubs panicked by spending money on mediocre talent like the Tribune Company was fearless about financial boondoggles in the way only a company in a bankruptcy death spiral could be.

The result was two 3-0 playoff losses in 2007 and 2008, followed by even more absurd deals to oddballs like Milton Bradley.  The suspicion was that the Cubs didn’t care whether they won or lost, and the on-field product confirmed it almost every game.  Fans still came.

The team sold to Tom Ricketts, who sold himself as a regular guy who used to live in Wrigleyville and drank beer in the bleachers.  He walked around the concourse shaking hands, and hired two of the best respected GMs in the game to rebuild the world’s most heralded losers.

Ticket prices were astronomical, and when the deconstruction of the roster began, Ricketts began to appear as the typical rich guy trying to squeeze as many dollars out of his asset as possible.  Now, with a roster of triple A talent, he continues to gouge patrons.

During road trips, Wrigley Field is leveraged as a home to concerts and (incredibly) movies like it’s a damn drive-in theater.

Ricketts, who hails from a family worth billions, has seen the appraised value of the Cubs rise from the $850,000,000 he paid to just over one-billion dollars.  Nice return in three seasons.

The love for the loyal folks who pay the cash to make the wheel go around is nowhere to be seen. Ricketts stood in front of microphones guaranteeing a World Series win if a $500-million renovation of Wrigley is approved, and if he thought fans would find the statement as anything more than a carnival barker’s rant to lure people into his tent, he was mistaken.

Ricketts’ performance further alienated the core group who are growing tired of a lack of hope on the north side of Chicago, and the greater the gap between the ownership and the fans, the less likely they are to buy overpriced tickets to watch a bad baseball team try and fail.

The great flaw with rich people is that they are not likeable.  Most assess their success as the result of intellectual superiority rather than luck.  In the case of Tom Ricketts, he was lucky enough to be born into wealth.  Making money once you have money requires only a pulse, and that’s nothing to pat yourself on the back about.

The Cubs are concerning themselves with a lot of different things, and none have to do with fan satisfaction.  Every empty seat this season represents a carefully made decision to spend money somewhere else, and that should terrify the Cubs, as it should have terrified the Pacers.

By the time erosion in attendance begins, the momentum is nearly impossible to stop.

The Pacers have found God, and are busting their asses to woo back the fans they disenfranchised throughout the 2000s.  The Cubs are still operating under the assumption that because they have always come, they always will come.

The reckoning is coming, and all that signage Ricketts wants inside Wrigley isn’t going to mean much without three million sets of eyes looking at it each season.