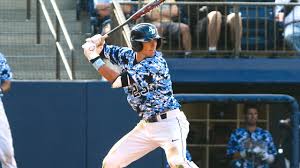 The Chicago Cubs may be totally bereft of quality pitching in the minor leagues, but if second overall pick in last night’s MLB Draft is as good as most believe, they are going to to be set across the infield for a long time to come.

The infield third to first, as broadcaster Jack Brickhouse used to give it, will be Bryant, Starlin Castro, Darwin Barney, and Anthony Rizzo.  The are currently aged 21, 23, 27, and 23.  If top prospect Javier Baez, 20, supplants Barney at second, that infield could play together for 15 years.

There remains one problem with the construct of the organization – they don’t have anyone to pitch.

Only six of the Cubs top 20 prospects are pitchers, and none are among baseball’s top 100.

This is only the second draft that current geniuses Theo Epstein and Jed Hoyer have presided over, so the vacuum of talent in the system is not their responsibility.  The former genius that assembled the majority of the players on the Cubs farm was Jim Hendry, whose already ravaged reputation gets worse with each passing season the Cubs have no answers for the holes that continue to develop at the major league level.

Bryant is a third baseman with a simple swing and fast bat.  His 31 home runs in 62 games project to 81 over a 162 game season (who says I can’t multiply by two!).  More striking was his OPS of 1.313.  That number is stratospheric.

College aluminum bats used to be spring loaded, but due to safety concerns the bounce has been reduced, and power at that level is a much better predictor for professional baseball.

One tough aspect of the selection is that Bryant is represented by prickly agent Scott Boras, and that may mean a protracted period of negotiation prior to signing.

Time will tell whether Bryant and Zastryzny will live up to expectations as the Cubs take the long road to rebuild.

Those players have combined to play in five all-star games while a member of the Cubs.

Before anyone accuses me of piling on, I could have lowered the threshold to top ten picks and included names like Earl Cunningham, Derrick May, Ty Griffin, Jackie Davidson, Ryan Harvey, Herman Segelke, Scot Thompson, and Rick “Superfreak” James, and Brooks Kieschnick.

On the plus side, this is only the third time the Cubs have chosen second.  Bryant follows Prior and Hughes.  Let’s just say the Cubs are due.

If Bryant is the real deal, he’s going to need to generate a lot of runs as who will get keep opponents for scoring is a great question.

Here is the prospect video for Bryant.  I don’t want to gush, but his swing reminds me of an amalgam of former Cubs Jim Hickman and Dave Kingman.  He’s wide and simple, and the ball leaps off the bat.