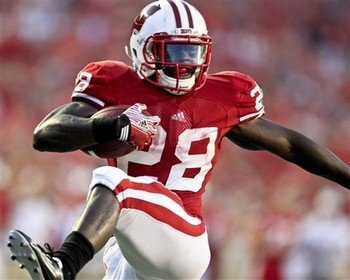 The deal isn’t done yet, but it appears LSU will open their 2014 season against Wisconsin in Reliant Stadium.  The quid pro quo is likely to bring LSU to Lambeau Field as the season opener in 2017.  And I like it.

LSU Athletic Director Joe Alleva told the media at the SEC spring meeting that the deal is 95% done, “The contract is not signed, but it’s very, very close.  I like starting the year with a quality opponent. There is a real possibility we will play in Lambeau Field some time in the future. That year hasn’t been determined yet.  I’ve talked to a lot of our fans and our fans will go to Lambeau Field. And it will be a great experience for our players.”

The non-conference season has become so tedious with cupcake after cupcake playing the top programs in pay for play events.  This year, the Badgers open against UMass and Tennessee Tech.  Michigan plays Central Michigan and Akron (along with Notre Dame and UConn).  Ohio State plays Buffalo and Florida A&M.  LSU will play Kent State and UAB, and Bama hosts Colorado State and Georgia State.

The endless string of 66-7 games make September a long month.  There are exceptions, like Bama vs. Texas A&M on September 14, but the majority of these contests are not only hard to watch, but meaningless.

The Big Ten should be applauded for voting to prohibit scheduling FCS opponents after the 2016 season, an evolutionary step that other conferences should immediately mimic and expand to include the have-not who are a part of the FBS.

I get that 80,321 will march into Camp Randall Stadium to watch the Badgers play Tennessee Tech, just like they will for Ohio State, but taking two programs to neutral sites for made-for-TV classics should be the blue print for the future of college football.

Physics will continue to separate the haves of college athletics from the have nots, and that’s a good thing.  Watching an offensive line filled with future NFL players pancake defensive lineman from schools soon-to-be-ex Ohio State University President Gordon Gee describes as the Little Sisters of the Poor is like standing idly by as bullies torment members of the chess club.

At the point when the haves completely divorce themselves from the NCAA, there will be competitive games played by every team every weekend.  That time might be a decade away, but the two-game series between LSU and Wisconsin is a step in the right direction.

The deal, like I said, isn’t done yet, but all college football fans hope for is a logical outcome and a signed contract.  With every great game on the schedule, one less terrible game can be scheduled.

The battle of the delicious smells of the andouille sausage and bratwurst will make the game anticlimactic – all the more reason to make the drive to Green Bay in four years.