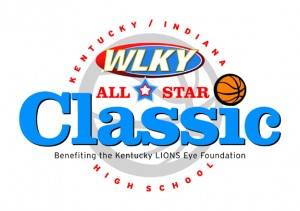 The Indiana vs. Kentucky all star series has become an afterthought on the sports calendar – not because their is a lack of interest from Indiana fans, but because of the quality of play by Kentucky.

The sad truth is that basketball in the Bluegrass State is played at such a low level that the home and home series each June has become an exhibition where the foregone conclusion is that Indiana will sweep, as they did again last weekend.

It’s an honor to be selected as an all star in the state where high school basketball counts as a major league, but for these games against a routinely inferior opponent to be the climax of a career is an insult to the kids who have worked so hard to achieve the honor.

There are plenty of surrounding states that produce talent at a high level and any would be an improvement over Kentucky.  Indiana vs. Ohio or Illinois would allow the series to continue and flourish.

The 114-60 demolition Kentucky was forced to endure in the first game between the two squads last week was a miserable way for the Kentuckians to celebrate being named to an all-star team.  The second game was a more reasonable contest that Indiana won 84-77, but the poor crowds (1,500 at Freedom Hall in Louisville; 6,209 in Indy) will never be corrected as long as the result is a fait accompli.

This sweep is the fifth straight for Indiana, and runs the series record to 90-42, with Indiana losing only twice in the last 22 contests.

A myth exists that because of the move to a four class tournament 15 years ago that people in Indiana no longer care deeply about the rite of passage chronicled in “Hoosiers”, and that’s nonsense.  The gyms are still packed more often than not for each step of the tournament, and despite the idiocy of teams traveling an hour to play in sectionals, the game has never been stronger.

The level of play has never been higher as the facilities and instruction for kids dedicating themselves to basketball provides the nourishment needed to excel.  No state produces as many NBA players per capita than Indiana, and those kids deserve a test to match that skill level, and Kentucky simply doesn’t provide it.

The game should be about the kids and not the fans, but if the public indifference reflected by the empty seats is to be corrected, the game needs an opponent that will drive interest, or at least play at a level where the outcome is in doubt before the tip.  Knowing the answer to the question before it’s asked is no way to drive passionate fans to an arena.

There are charitable aspects to this annual event, but the amount of money that is generated by the friends and family crowd is too puny to be a concern.

It’s important that an all-star team is named, and that they convene to become a team, but they should be allowed a test that is compelling for them as well as the fans.  The Kentucky kids deserve something other than a 54-point drubbing as their lasting memory of what should be a sweet final chapter of a high school career.