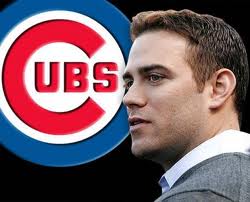 Maybe the part with the baseball executive drinking beers with someone being fired was in the Blu-Ray extras, but I didn’t see it.

The most humane way to gas an employee, even one with whom you have been friends for a long time, is to call him into an office, tell him that he is no longer an employee, and either give him his separation agreement or tell him what the next steps are.

Talking to him for two hours over beers, as Epstein says he did last night after the season finale in St. Louis, is incredibly self-indulgent and irresponsible.

It’s self-indulgent because the employee will only stick around to be polite (and not jeopardize the rather large check Sveum will get for the final year of his deal), and the result won’t make him feel any better.  The only person who gains from the conviviality is the person doing the firing.  It’s irresponsible because being fired is an emotional experience, and alcohol tends to magnify the response.  As evidence, you don’t see a lot of fights in classrooms, churches and workplaces, but there are plenty in bars.

To invite Sveum into an environment where he is more likely to say or do something regrettable because it improves your mood is a pathetically selfish act.

I’ve fired a dozen or so people, and there is no way to make it more pleasant for person being fired.  None.  I tried.  It makes for a crappy day, but that’s the job.  A manager with any understanding of what’s going on knows that there are three things you want – the person to leave the building immediately, that the person is allowed to retain some dignity, and that his first call is not to an attorney.

The truth is that after it becomes clear to the employee that he’s been fired, thoughts turn to how to tell the wife and kids, what he will do tomorrow, and how much he’ll miss his co-workers.  Whatever spews from the mouth of the manager at that point goes in one ear and out the other.

Epstein may be a wonderful numbers cruncher, and a reasonably adroit assessor of baseball talent, but in the area of empathetic management, he is an idiot.  That he felt it important to explain himself shows an insecurity that he should have resisted.  The person being fired is never going to respond, “You know what, you’re right.  I do deserve to be fired.  Thank you for making me understand that.”

To tell the media that he and Sveum drank some beers during the meeting is a pathetic attempt to appear to be a “real” guy.  Real guys drink beer and complain about their bosses, not fire people their staff.

Epstein may ultimately be successful as an executive with the Cubs, but to this point his work has had nothing but negative affects on the major league roster and the overall temperament of the fans.

Epstein invested for too much money in a flaky kid from the Dominican Republic, and when his response to all that cash was to stop giving half a damn about baseball, Sveum gets canned.  That makes sense.

The guilt that drove Epstein to try to make Sveum’s firing a little more palatable for him should have been directed toward a resignation.  After two years, the only bounty for his work has not yet materialized in Wrigley Field and may not until 2015.

Maybe Javier Baez, Jorge Soler, Kris Bryant, and Albert Almora will be all-stars if/when they develop into major league players, but I remember all too well the goose bumps Cubs fans got when dreaming of the quick ascension of Shawon Dunston, another can’t miss hall of famer.  Whether Brooks Kieschnick was supposed to be an all-star pitcher or outfielder was supposed to be up to him.  My wife has a Mark Prior jersey to remind our family how fleeting excellence can be, so before any of the farm hands is crowned the next king of Lakeview, let’s take a deep breath.

In the meantime, Epstein should go see a human resources specialist and learn how to fire someone with a little dignity and grace.