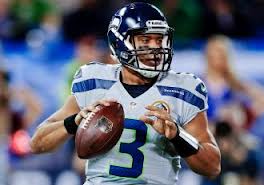 Sending Russell Wilson and the stupid Seahawks jerseys home with a loss is a tall order for the Colts.

The Seattle Seahawks are undefeated, and it’s no accident.  For all the ink devoted to second year quarterback Russell Wilson, the defense is the star of this team, and their ability to overcome adversity is a constant.

Seattle’s defense has a number of very good players, but two are  the best in the game at their positions.  Richard Sherman is incredibly effective at cornerback.  There are shutdown corners, and then there is Sherman.  He has 14 picks in his last 20 games, including a pick six with 2:40 left in a game that was all but lost in Houston last Sunday.  That pick tied the game, and the Seahawks won in overtime.

He isn’t targeted often, but when he is, the tariff can be steep.

The other playmaker who is dominant is defensive tackle Brandon Mebane.  Most DTs exist in relative anonymity, paid to occupy blockers and stuff the run.  Mebane disrupts for a very tricky Seattle front four.  They move a bit, and in obvious passing situations the ends will sometimes slide wider.  That spacing opens holes for Mebane to go to work.

Prior to the game against the Texans, the Seahawks had only allowed 27 points in their first three games.  They are stout, opportunistic, and fast.

Offensively, the Seahawks have two distinct weapons – quarterback Russell Wilson and running back Marshawn Lynch.  Wilson’s numbers are never gaudy, but he can keep plays alive with his legs, and even against the vaunted pass rush of the Texans was able to spin, spring, dink, and dunk to keep drives alive as the Seahawks clawed their way back into the game against the Texans in which they had been dominated.

Click here to make the BEST dentist in Indianapolis your dentist

Wilson has thrown for 300 yards or more only once in his 20 regular season starts, and was only 12-23 for 123 yards and one pick last week against the Texans.  Still, the Seahawks won.

Lynch has yet to run for 100 yards of better this season, but his yards per carry average has advanced with each game this season from 2.53 to 3.50 to 4.06 to 5.76.  He is a relentless and strong runner who gets paid for what he does after contact.  The legs keep driving, and stiff arms will repel single tacklers.  His only action against the Colts in his career came in Buffalo in the final game of the 2009 season, in which he had one carry for no yards and one catch for two before being pulled in the Bills 30-7 win.

Here are the five keys for the Colts to win this game and move their record to 4-1:

There is not an amount of points that is enough.  Regardless of the size of the Colts lead, they must continue to score points.  The Seahawks are relentless in their belief that good things will eventually happen.  That starts with the annoying (for everyone but Seahawks fans) and relentlessly upbeat coach Pete Carroll, who reminds me more and more of Dick Vermeil in style and appearance.

Score early.  This game will start at 10a Seattle time, and while it should be easy for professionals to adjust to the time change for a Sunday game after traveling on Friday afternoon, biological clocks of NFL players can be a little flaky.  10a isn’t too bad, but the buses will roll to Lucas Oil Stadium about three hours before.  The Colts might be able to get a jump on the Seahawks, much as the Texans did last week in another early road game.  If that happens, the Colts need to continue to play with consistent energy so that when the Seahawks awaken, they are ready to counter.

When Lynch gets the ball, bring friends.  Just as Hillary Clinton believes raising a child takes a village, tackling Lynch takes a defensive unit.  Gang tackling is the only way to bring this guy to the ground.  No rushing attempt ends for Lynch until he is down.  His runs aren’t pretty, but they are violently effective.  The Colts need to be like the security staff at Kroch’s & Bretano’s when Uncle Leo is caught shoplifting on “Seinfeld.”  They need to “Swarm! Swarm! Swarm!”

Corral Russell Wilson.  He’s been sacked 13 times this season, but it’s not really the resulting sacks that make hemming him inside the pocket worthwhile.  Wilson can be an effective passer, but he’s a dynamic runner.  Forcing him to throw under duress will cause positive defensive opportunities.  Allowing him to slip outside will give the Seahawks first downs they would otherwise not earn.  The Seahawks offensive line is racked with injuries to left tackle Russell Okung, right tackle Breno Giacomini and center Max Unger, and Wilson has had to run for his life more than any quarterback in the NFL other than Michael Vick.

Use Donald Brown.  This is not an overreaction to Brown’s productive game last Sunday against Jacksonville, but a strategic decision to use a guy with specific skills against a defense that may be susceptible to them.  The Seahawks defense is relentless in their pursuit of the ball, and in that effort can over-pursue the flow of a play.  Counters to Brown are a good option for a team with an interior offensive line that will have a tough time matching up with Mebane and friends.  Running well will be paramount as the “Legion of Boom” combined with the pass rush of the Seahawks have produced the lowest opposing quarterback rating in the NFL – 60.7.  Granted 25% of their defensive statistics have been skewed by playing the Jaguars, but the Seahawks pass defense is the best in the NFL.