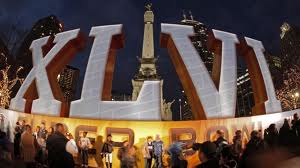 There was a time that the dream of Indianapolis hosting a Super Bowl was reserved for psychotics, malcontents, and idiots.  Anyone who watched the people of this city wander (it was a directive on Indiana license plates for a brief time) aimlessly through the almost completely empty downtown couldn’t imagine Indy hosting a decent prom, much less the world’s biggest party.

Today, Indianapolis was named one of the three finalists for the 2018 Super Bowl along with New Orleans and Minneapolis, whose inclusion dispels any thoughts of the NFL favoring warm weather locales.  Miami, Tampa, and Dallas were told to leave the 2018 line and get ready for a 2019 bid.

Colts owner Jim Irsay said at the announcement that Indianapolis would be a player in the pursuit for the Super Bowl and that it would take a dynamic performance to keep the NFL from favoring a place with beaches and palm trees.  What Indianapolis is to Miami, Minneapolis is to Indy.

New Orleans is a different story.  It’s warm there, and they want the Super Bowl to be the centerpiece of a celebration to commemorate the 300th anniversary of the city’s founding.  Setting aside why the 300th anniversary is somehow more important than the 295th which occurred as the last Super Bowl was held.  New Orleans was unable to keep the lights on in the Superdome through the duration of the three-hour game earlier this year.

The city fathers might have been wise to let the memory of the hilarious 34 minute dialogue between terrified CBS sideline reporter Steve Tasker and stupefied sideline reporter Solomon Wilcots fade into the deep dark recesses of our memories before launching another bid.

Given the virtually flawless performance of the electrical grid in Indianapolis, and the overall excellence of IBEW members in connecting a device designed to prevent an outage (the culprit in New Orleans) as well as the rare weather advantage Indy holds over the Twin Cities, this should be a cake walk.

Of the last three Super Bowls, Indianapolis is the only one that wasn’t a total train wreck.  The debacle of 2011 in Dallas will live on in the hearts of all who were there.  Not only was there an ice storm, but a delay in the construction of temporary seating that caused hundreds of ticket holders to be taken to a poorly equipped lounge to watch the game on TV.

The fate of this year’s Super Bowl rides entirely upon the vagaries of the weather.  It could be wonderful, or it could be a disaster the likes of which will make Dallas look tropical.

I’ve lived in Indianapolis for 20 years, and cannot figure out why major sports don’t pledge their love far more often to Indy.  It was constructed and modified for the express purpose of hosting big sporting events, and the people genuinely enjoy showing off the city.  Indianapolis is centrally located, and downtown is a quick 12 minute drive from the airport.  The hotels are world class, and the stadium is easy walking distance from downtown.

Everything is easy because people designed it to be easy.

There is a decided lack of sexiness about Indianapolis, but for doing business, watching sports, and getting a good meal, Indy has few equals.  The governmental construct of Indianapolis and the relationships between the individual governing bodies makes Indianapolis a dream to deal with. This could be the subject of a different post, but the happy marriage between Marion County and the city clean up one area of potential discontent, and the city and state governments have spent the last decade moving the city forward rather than playing degenerative political games.

The NFL should end the madness and name Indianapolis to a regular rotation just as the NCAA has done with the Final Four.

Indy has been transformed from a city even Indianapolisans weren’t excited to visit to a place that people can’t wait to return to.  The Super Bowl in 2012 was one of the most enjoyable Super Bowl weekends of all time, and the infrastructure that led to that fun has done nothing but improve, unlike Madonna whose structure no longer inspires thoughts of fun.

To go from a city that had a crazy dream to a no-brainer reality for the biggest event in the world is one hell of an accomplishment.