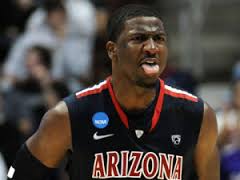 When the Indiana Pacers drafted Solomon Hill out of Arizona in the first round of the 2013 NBA Draft, I was unsure what to make of the selection.  Given the Pacers recent success with finding good people and players off the media’s radar, I suspended disbelief until being able to decide for myself whether he was worthy.

The way the media ranks players is generally the way we evaluate the rationality of each selection.  When GMs don’t go chalk based upon rankings, fans think they have lost their minds.  In truth, the media is the media for a reason and the GMs and scouts work for teams for the same reason.  It’s the same dynamic that exists for movie critics, who are glib and evaluate through a prism that does not necessarily reflect reality.  They are not in the movie business.

When “Lincoln” came out, I read some nationally respected reviewers that gave it two stars.  What they were saying was that Steven Spielberg had failed in his direction of a historical epic.  That’s a skinny limb to climb way out on.  When the media eviscerates Donnie Walsh, Kevin Pritchard, and Larry Bird for their selection of a kid like Hill, they need to remember who they are.

Hill is a long way from proving himself absolutely worthy of that pick, but so far during training camp he looks capable, and engaged in the process of improving his game through hard work.

As a thoughtful and smart guy, he is also a really good interview.  I gravitate toward Chris Copeland and him after practice because they both listen well to questions and provide interesting responses.  Whether Hill plays a significant role for the 2013-2014 Pacers is yet to be seen, but he sure knows how to answer a question.

His demeanor on the court and with coaches shows a guy who wants to be a better basketball player at the end of a practice than he was when it began.  That combined with his physical gifts gives him a hell of a good chance of making Walsh, Pritchard, and Bird of looking really smart.