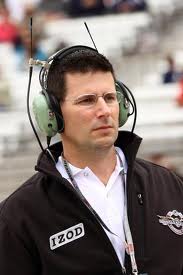 Kevin Lee is a righteous pick as the successor to Sid Collins and others as the radio voice of the Indy 500.

There are things I admire about Mike King.  He was a shameless promoter of IndyCar Racing, and his voice conveyed his enthusiasm for the events he covered.

But I can’t lie and say I’ll miss King as the voice of IndyCar.  If Kevin Lee is tapped as the new host for the Indianapolis Motor Speedway Radio Network as he should be, I won’t miss King at all.

It would be great to say that my distaste for King is purely professional, but it isn’t.  King was one of the speakers an event for Emmis Communications at the Speedway a few years ago, and he spent a solid 15 minutes yelling at us for not viewing IndyCar as the top sports league in Indianapolis, and that anyone who didn’t lead with IndyCar news was an idiot.

Colts?  No.  Pacers?  No.  Indiana Basketball?  No.  IndyCar was the most beloved of all franchises for fans in central Indiana, and disagreeing revealed a thorough lack of understanding of sports, broadcasting, and basic physics.

The message was predictable but the tone was insulting – and I’m not easily insulted.  Obviously, the voice of open wheel racing is going to believe that sport is the most important, and even if it isn’t, the message conveyed to a broadcast partner is going to reflect a high level of enthusiasm.  I have no issue with that, but I wish I had a recording of King telling us we had no idea what we were doing.

That we would have alienated 85% of our audience outside the month of May was of no consequence.  “If you don’t treat IndyCar as you’r number one asset, you don’t understand your business or sports in Indiana.”

I left that meeting believing King to be a shortsighted and self-indulgent tool, and never saw or heard anything compelling enough to talk me off that position.  Maybe I should have turned my brain off during the meeting, but I’m not good at not listening.  Maybe I should have long released my frustration with the dressing down we were forced to endure.  Maybe I was too sensitive.

There is no question that King cared deeply about open wheel racing, and was a reasonably adept voice for the league’s broadcasts.  The only gripe I ever had with the quality of the broadcast was King’s habit of asking a question of an analyst of corner reporter and then answering it himself.  There is one more gripe, so I lied.  His post race wraps were way too long.  Radio stations want to carry the play-by-play, and get out as soon as possible.  Carrying the show 30 minutes following the checkered flag is not serving the affiliates best.

I like IndyCar very much.  There are warts – like an aversion to nurture conflict – but the drivers are good guys, and the racing can be very exciting.  IndyCar needs a villain, and it always has.  Other than that, I can be very happy watching an IndyCar race on a Saturday or Sunday afternoon.  To even hint that the IndyCar race at the Milwaukee Mile is more important to the majority of Indiana sports fans than a Colts event is madness.

Click here to learn about the best food in Indianapolis, and how it can be the site for your company’s holiday party

And why Kevin Lee as the replacement?  Because he’s professional, knowledgeable, and understands how to orchestrate a broadcast.  He takes his job(s) seriously, and will make those around him better.  His vocal tone is also excellent for AM radio – and a healthy number of the affiliates are AM stations.

Plus, he’s a pleasant guy to spend time with, and that counts for a lot with a team of broadcasters who travel and work together every other weekend through the spring and summer.

Kevin is one of those guys who has paid his dues everywhere, and has earned a play-by-play role with someone.  IndyCar would be very fortunate to be the group that nets him.

One thought on “With Mike King Out as IndyCar Voice, Kevin Lee Should Be Next Man Up”