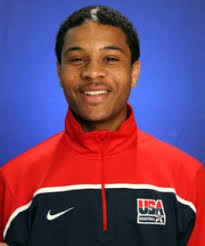 There was a time when I was as interested in the recruiting process of college basketball as the games themselves.  I was ready to buy recruiting magazines that only coaches subscribed to, and I asked a friend if he wanted to split the cost.  He looked at me like I asked him to help me build a rocket ship out of empty beer cans.

“Why do you care where high school kids go to college?” he asked.  His response was baffling to me.  Everyone cares about recruiting, or should.  It’s the game inside the game that determines roster strength.  At the time, this friend was a sports information director for a well-known college basketball program.

A few years later, I got to know some kids who were being recruited, and people would ask me where I thought they were going.  I had no interest in where they went.  Whether JaJuan Johnson picked Purdue, Indiana, Butler, Xavier, or whatever other schools offered him, I knew he was going to be fine.  Matt Howard was being wooed by Butler, Xavier, and Miami of Ohio.  Matt was going to be a happy guy regardless of his choice.  If I knew these kids, and didn’t care where they went to school, why would a bunch of strangers invest energy in where they decided to go?

At that point, I thought about what my friend said about buying the recruiting guide 20 years ago.  Caring about the decision some kid I have never met from a town I have never visited is a waste of time.

Still, there I was last night clicking between the Troy vs. Louisiana-Monroe football game on ESPNU and the SNL Halloween Special on NBC to see how much time remained until halftime.  James Blackmon, Jr. was scheduled to announce his decision to attend Indiana, Kentucky, Michigan, or Michigan State at halftime during the broadcast.

Blackmon committed to Indiana at the very beginning of his freshman year in high school, and then decommitted a few months ago.  People from Indiana were critical of Blackmon, as though this was a betrayal instead of a kid who needed to be sure he was right.  They were also critical of coach Tom Crean for losing a recruit.

The truth is that kids change their minds about college every two hours, and no number of phone calls, mailings, and visits from a coach are going to stop their minds from meandering.  When everything is possible, it’s hard to not see options all around you.  These kids are no different from the athletically ungifted who have no idea where they are headed, but they are held to a crazy standard of both resolution and maturity by fans who remain invested in their choice.

If only life were so simple.

So last night, while I spent six lovely years as a college student at IU, I could not have cared less about the result of Blackmon’s decision.  As with any kid, you hope they find the challenges that will prepare him for adulthood, and playing college basketball is a pretty solid start for those seeking adversity.  But whether he chose to do it in Bloomington, Ann Arbor, East Lansing, or Lexington is immaterial.

As part of the media, I’m not supposed to have a rooting interest in the games.  I don’t give a damn about what I’m supposed to do, but as you get to know people who play and coach, you tend to root for those people to succeed.  Because I’ve spent more time with the Colts, Rams, Pacers, Butler, and Indiana University than any other teams, I have become a fan.

But I’m a fan of people not jerseys, so while I hope for the success of each current version of those teams, I am totally disinterested in who chooses to join them. Sure, talent wins games, and acquiring another talented person increases the chances of success, but it just doesn’t matter to me who the Colts, Rams, or Pacers draft, or who signs with Butler or Indiana.  There is plenty of time to scrutinize the decisions and behavior of these young men.

I wish James Blackmon good health and fortune, but had he not chosen Indiana, all involved would have been just fine.

And yet I watched.  Old habits die hard.