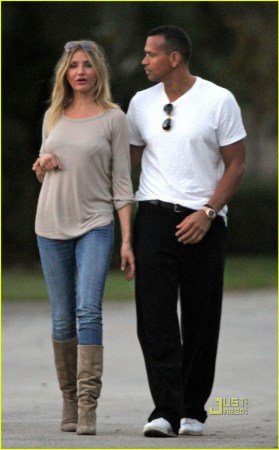 Alex Rodriguez may be a lot of things, but street dumb is not among them.

A-Rod has done what all guilty as hell reprobates should do, but many times don’t have the level of character bankruptcy necessary to pull off – he has taken complete control of the narrative.

What he pulled yesterday in his arbitration hearing is eerily similar to Otter’s “Animal House” speech in front of the Faber College Pan Hellenic Disciplinary Council after the toga party where the members of the Delta House misbehaved – again.  Otter completely hijacked the hearing, and turned his obvious guilt into a sham that accused the council of  perpetuating an indictment on our entire American society.

The only difference is that the lack of conscience of the Deltas was in a screwball antiestablishment comedy, where such mayhem is funny.  A-Rod’s antics weren’t funny, nor meant to be.

When you have nothing to lose – attack.  If that isn’t in Sun Tzu’s Art of War, it should be.  A-Rod’s attorneys understand that, so they counseled him to demand that Baseball Commissioner Bud Selig be compelled to testify.  When it was explained that there is no reason for his testimony, A-Rod was told to explode and storm from the room.

The subsequent interview on WFAN with Mike Francesa was another well-plotted and executed charade.  A-Rod blathered about how he loves New York while Selig hates it, and then tugged at heart strings with his emotional response about how he has to explain what is going on each day to his daughters.

Most duplicitous but clever, A-Rod didn’t wait for the appeal to baseball’s arbitrator to be denied to announce an appeal in federal court, so he won’t look like a death row inmate exhausting all resources to prolong the inevitable when his attorneys file their appeal.

Just after I graduated from high school, a friend invited a bunch of us over to his house to play cards.  We had a great time – laughing, drinking a few beers, and gambling with some spare change.

My Dad told me to be home by 11:30p.  The fun was raging at 11:15p, so I asked a friend to take me home, and I would sneak back out in the amount of time it took for me to say goodnight, and walk to my bedroom.  Unfortunately, my Dad and sister were playing two-handed euchre, and the game just wouldn’t end.

Off I went, back to Lewie’s for more cards, laughs, and beer.  I was greeted like a conquering hero.  “You’re back!  How’d you do it?”  I told the story and settled in.

For almost a half-hour, we had a great time.  Then, one by one the guys went quiet – too quiet.  I continued laughing until it was obvious something was very wrong.  I looked at Lewie, and he shook his head side-to-side like I had just been convicted of a felony.  I asked what happened.

“It’s Clark.”  Clark is my Dad’s first name.  “Clark is looking through the front window right now.”  I laughed.  “No, really,” Lewie continued.  “Clark is staring at you right now with a giant cigar in his mouth.”  Uh-oh.

I walked to the door, and waited for the yelling.  “Get in your Mother’s car.  We’ll follow you home,” Dad quietly said.  The whole family was in Dad’s car, and I drove home as I was told.

About halfway there, it dawned on me that my ass was grass, and there was no alibiing a route clear of calamitous punishment.  That put me in an interesting position, and my only chance was to launch a preemptive attack.

I made sure I was in the house first, and when Dad walked in, I went off.  Dad was caught completely by surprise, looking stunned.  I passionately laid out my case for doing away with a curfew, and accused him of purposefully embarrassing me.  The time had come to trust me to be the adult I was.  He said we would talk about it in the morning.

The end result was a relaxation of the curfew, no punishment, and we actually had some laughs over Dad asking a bunch of pillows what I wanted for breakfast.  Dad said he shook the pillows and shouted, “He’s gone!”  Then he ran to the window, “The car’s gone!  Let’s go find him!”

A-Rod is using the “When all is lost, attack the attacker ploy” because that’s his only chance, and through a couple of news cycles it’s worked well.  The only guy killing him is one of the smartest men in media, ESPN legal analyst Lester Munson.  Gamesmanship does not impress Lester.

How do I know that A-Rod is guilty beyond any question?  Because he is doing exactly what I did when I was busted cold.  A-Rod is a liar and a cheat, but he’s tactically sound.

Here’s what A-Rod’s hearing looked like yesterday (sadly there is no video of the night of playing cards at Lewie’s, or the aftermath):